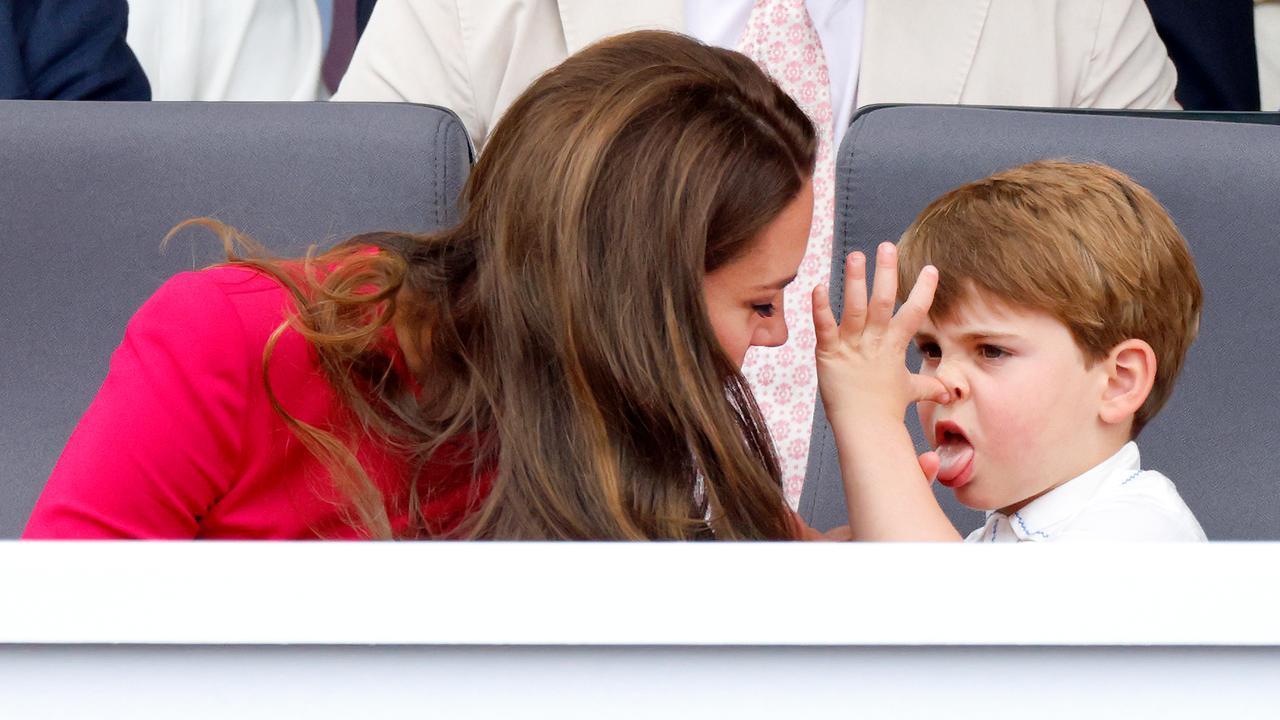 This year, Queen Elizabeth celebrates her 70th birthday on the throne. In honor of this, festivities were organized for four days. Prince Louis, the four-year-old son of Prince William and Princess Kate, was in a less festive mood on the final day.

The little boy did not pay any attention to the parade in honor of his grandmother and began to make funny faces in the face of his mother Kate. He pulled out his tongue and pressed his hand to her mouth as she spoke to him.

In the arms of grandfather, Prince Charles.

Prince Louis was also not in the best mood during the balcony scene a few days ago.

Celebrations have begun in honor of Queen Elizabeth’s jubilee color forces, View of soldiers across London. A live concert was organized on Saturday 4 June.

The long weekend of festivities concluded on Sunday 5 June with a festival around Buckingham Palace, attended by 5,000 Britons, including street art, theater and music.

Queen Elizabeth waves from the balcony to cheer the crowd