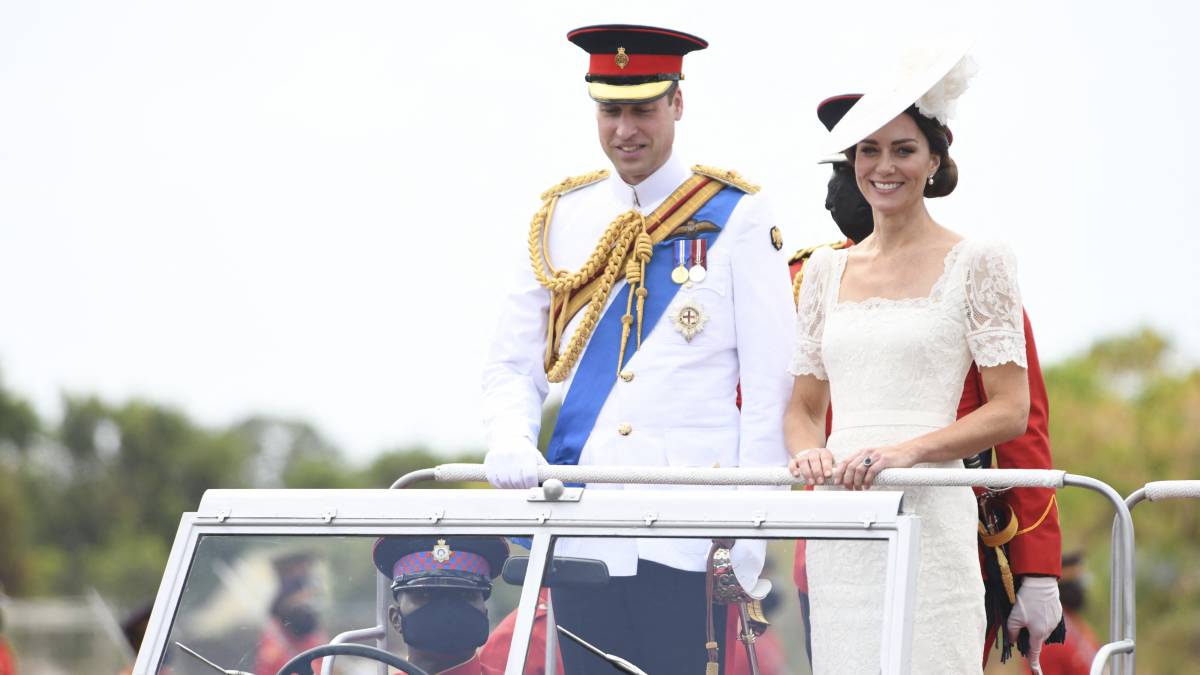 Britain’s Prince William supports countries that no longer want to be part of the Commonwealth and want to become a republic. The prince said this during an eight-day trip through the Caribbean, which, according to British media, was overshadowed by PR blunders by the royal couple and protests against the UK’s slavery past.

Prince William spoke at a dinner in the Bahamas:

Jamaican Prime Minister Andrew Holness told the couple earlier this week that the island wants to become a republic. “Jamaica is a free and liberal country and the people are very frank. I’m sure you saw all of that yesterday.”

“My grandparents came from generations of slaves,” writer and historian Velma McClemont explains the drive for independence Watchman. “But they died thinking Jamaica was completely independent. Sixty years later, it’s still an extension of the British Empire. A country in itself.”

Prince William and his wife Kate Middleton are making the eight-day trip to celebrate the 70th anniversary of Queen Elizabeth’s accession to the throne. But calls for Commonwealth secession, reparations, and apologies for slavery’s past get special attention.

Demonstrations took place in several locations and the government commission in the Bahamas urged the royal family to “a full and official apology for their crimes against humanity.” Earlier this week in Jamaica, the prince said he “regretted” his country’s role in its slavery past.

See also  The cardiologist doubts Eriksen's football career, and Dean himself is optimistic: 'I'll be back' | EURO2020

The British media also talked about blunders in public relations that cast a shadow over the prince and his wife’s trip. For example, the couple was photographed shaking hands with Jamaican children who had to stand behind a fence. Britain’s Daily Mirror newspaper talks about a “fatal error in tone” reminiscent of the colonial era.

What could William and Kate do better? According to Trevor Burnard, director of the Institute for Slavery and Emancipation at the University of Hull, in addition to an apology, the couple would have been able to go to memorial sites associated with slavery, such as the port in Kingston, the capital of Jamaica.

“They should realize that members of the royal family, from Charles II to William IV, engaged in and supported slavery and the slave trade, and that this is a thing of the past,” he told the Guardian.

Prince William and Kate wrap up their trip in the Bahamas today.

“The kingdom of Queen Elizabeth II is tumultuous. She is currently the head of state of the United Kingdom and fourteen other independent countries of the British Commonwealth, including seven countries of the Caribbean and the Bahamas. However, the United States has revived a long-running debate.

Calls for reparations for slavery past are growing, and several countries have expressed their desire to sever ties completely with the British monarchy. Barbados took that step last November and declared itself a republic. William and Kate’s visit has been interpreted as an attempt to prevent further mass immigration from the kingdom, but the Barbados decision appears to have had an indirect effect. Jamaica and Belize have also indicated that they want to continue as independent republics.”