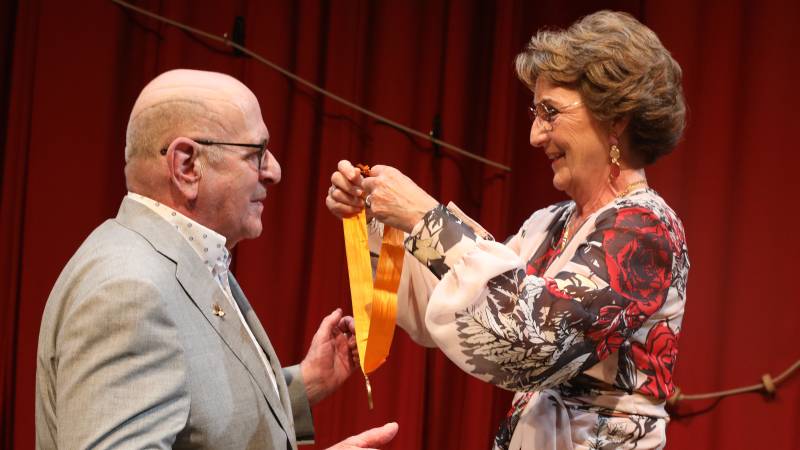 The House of Orange’s Medal of Honor for the Arts and Sciences was awarded this year to founder and director of dance company Introdans, Ton Wiggers. He received the medal from Princess Margaret last night.

Wiggers will receive the Royal Award for his efforts in making modern dance accessible to a wide audience and “engaging the region,” the royal house wrote in a press release.

The Medal of Honor for Arts and Sciences is awarded to persons of exceptional merit in the fields of art and science and is associated with the Royal House.

Wiggers founded Introdance in Arnhem in 1971 with stage maker Hans Föcking. The goal was to provide a professional dance company in the eastern Netherlands. Last night, after more than fifty years, he said goodbye to Introdence.

In addition to the Medal of Honor, Wiggers has also been awarded the Dansspeld, for his efforts in the field of Dutch dance. As a token of appreciation for his merits in Gelderland, he was awarded the County Gelderland Honorary Gold Medal by King Commissioner John Bernds. Mayor Margosh was allowed to pin the city’s gold medal on behalf of the college.