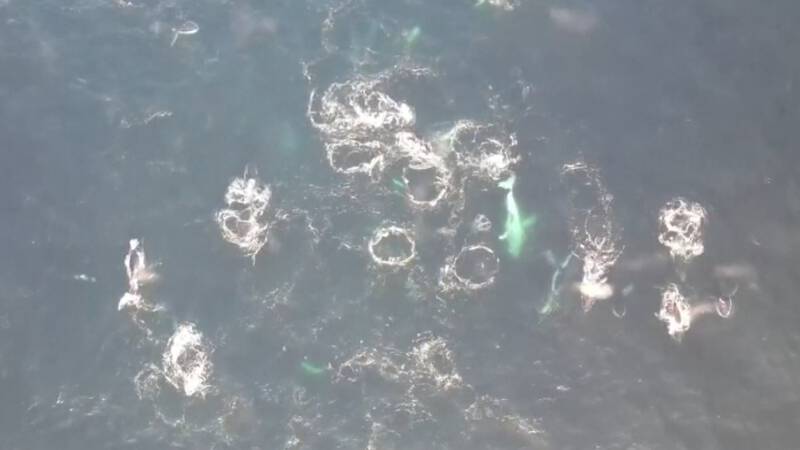 The images provide new insight into how humpback whales search for food. The idea was that they migrate annually from the colder parts of near Antarctica to the warmer waters around Australia to give birth to young there, and then return with calves to the colder waters because there is more food there. They were not supposed to eat while in transit.

“But now it’s clear from the pictures that they catch krill if they come across it on the road,” says Mardick Leopold of Wageningen University.

According to Leopold, the images are private, but it is no coincidence that several humpback whales were seen at the same time. “Whales usually migrate alone or with their calves. But if there is a lot of prey to be found along the way, we can expect to see many whales together.”

The Australian researchers wrote that the “super-group” images may indicate that the population is improving. For years, marine mammals have been hunted intensively.

In the “bubble net technique” whales swim around the prey and blow bubbles until small marine organisms swim to the surface in a compressed ball. Then it is easier for whales to catch them. How Australian humpback whales learned this technique remains a mystery to scientists for now.

According to Leopold, whales are known for their ability to learn from each other quickly when they meet each other. “The new hunting methods are spreading like wildfire among the population,” he says. “Because of their speed, scientists have speculated whether whales are still communicating with some form of language.” It has not been investigated whether whales in South Africa had contact with humpback whales filmed in Australia.