Proposal to change the national unity to the House of Representatives 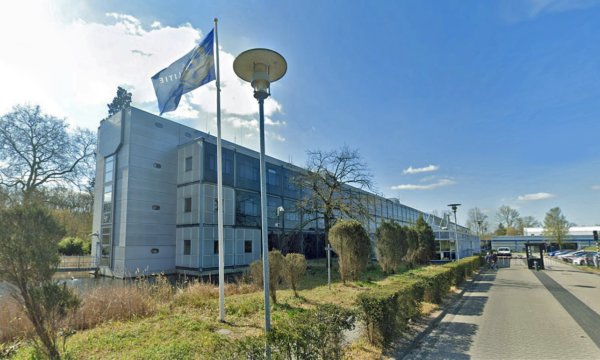 With the power transition plan submitted to the House of Representatives, changes can begin within the national unity. The plan should lead to the creation of two well-managed national units and concrete interventions in the field of leadership and culture, but above all to tangible improvements for LE staff.

The plan is to respond to the recommendations of the Schneider Commission, which looked at issues surrounding national unity. The committee was instructed by the responsible minister, Dylan Yeshelgos-Zygerios (J&V), to monitor the transition. The Minister also asked the committee to provide her and the Chief of Police with advice that was wanted and unsolicited.
Chief of Police Henk van Essen is pleased that concrete changes can now be implemented: “The realization of the plan was a complex process. We had to deal with many ‘players’ and initially with a very limited financial framework. But as far as the Corps is concerned, there is now a feasible plan with sufficient financial scope After every consideration, we are entering a new phase ten years after the initiation of the National Police. Because the changes that begin with the national unity affect the entire police force.”

work culture
The plan pays a lot of attention to the need for changes in work culture and leadership. Police Chief Lee Oskar Druce: “These interventions are of the highest priority. It should lead to a safe work environment with space for human dimension and more care for one another. An environment in which there is plenty of room for the development of the profession, employees and their teams. Employees should start to notice that something is really changing.”
Lessons: “First of all, we get into discussions in different teams. In those conversations, we make it clear what is desirable and undesirable behavior and that there is no room for violating social safety or persistent patterns of undesirable behavior in the work culture. Leaders are expected to display exemplary behavior And that they are carriers of culture. They aim for cooperation and a safe and inclusive work climate. They limit unwanted behavior.”

See also  In the void of space, Voyager 1 discovers a plasma 'hum'

Leadership
In the short term, a leadership profile will also be drawn up with the help of external expertise, which will serve as a basis for the evaluation and selection of managers. The assessment is in no way intended to settle scores with managers, but rather to provide insight into whether managers fit the leadership profiles that have been drawn up and can play a role in the necessary cultural change.
A separate profile has been developed in collaboration with the Works Council at LE to appoint two Heads of Quartermasters to lead the transition. This profile has been tested against the recommendations of the Schneider Committee. The appointment of the Catering Managers is expected to be announced soon.

split
Of course, the division of the current national unit into two national units is clearly addressed in the plan. The starting point for the split is that entire services, departments and teams will move into one of the two new units as far as possible. Although there are tasks that require personalization. “Soon there will be room for each employee in one of the two units,” Dross says. “Formally, there is a reorganization, but the consequences for employees are expected to be limited.”

Employee engagement
In a letter to the House of Representatives, Minister Yeselgosz Szygerius notes that the police unions and the Schneider Commission are critical of the scope given to LE staff in planning so far. The space to talk and think will really be there, Drews says. “Transition is a complex undertaking and we had to put the plan together at short notice. The necessary coordination with other units, such as the PDC and the Police Academy, was the priority at this stage. We are aware that staff have not had sufficient input yet. However, the Works Council and the Works Council “The Central Committee is very active and closely involved. In the coming months we will expand the conversation with the employees. Of course, the trade unions are also important partners in this process.”
Finally, Dross notes that the power transition plan outlines key features and needs further elaboration. “In this detail there is still plenty of room for employees and managers to express their wants and needs within those broad lines.”

a task
Minister Yeshelgos Zygerius is asking the police – in part at the urging of the Schneider Commission – to provide more clarity in the coming weeks about the actual management and implementation of the transition. According to her, this is still not clear enough. It also wants more detail to describe clearly how employees, police unions and job boards will be involved in the transition and how communication towards the workplace will shape. The LE Transition Teams and Police Command will begin working on this task in the coming weeks. The aim is to have the detailed document ready by the end of January.