Protests get out of hand in Australia: Metal bucket on goalkeeper’s head | Football 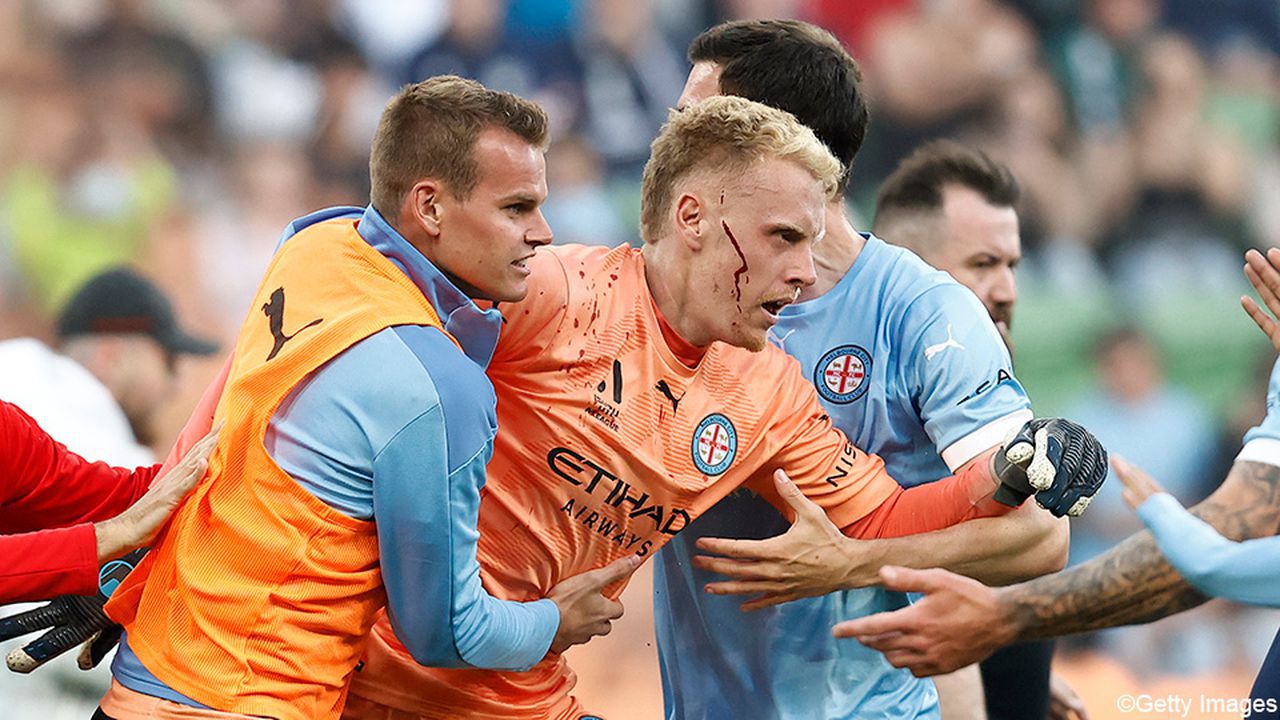 Puppets danced in the derby when Melbourne City goalkeeper Tom Glover threw another flare at the Melbourne Victory supporters.

Some Melbourne Victory supporters entered the pitch and Glover was undoubtedly hit on the head with a metal bucket. With a head injury, the goalkeeper was taken to the dressing room where he was stitched up.

The match was immediately stopped and the police had difficulty chasing the supporters back into the stadium.

The police were expecting protests before the first whistle. Supporters’ groups from both clubs announced a joint walkout after 20 minutes in protest at the Australian rights holder’s controversial decision.

Normally the “grand final” of the season is always held at the Chief’s Ground, but those finals were sold to Sydney for the first time to fill a financial hole. A huge disappointment for Melbourne supporters.

But the protest did not go as planned. The festive return of some Australian World Cup heroes such as Matthew Leckie and Jamie McClaren turned out to be disappointing.