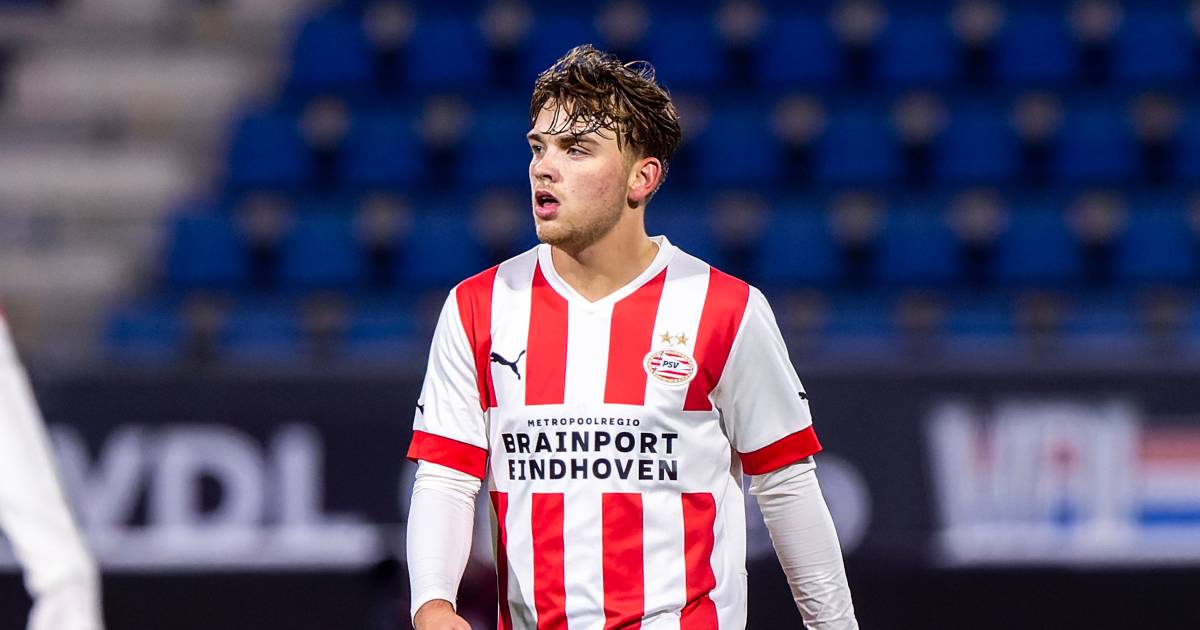 Bergwijn, now an Ajax striker, was until tonight the only player to score at least five goals for Young PSV before his 18th birthday. With Van Duiven, Bergwijn got company on that little list tonight. Van Duiven is just seventeen years and 333 days old and was good for a 1-0 goal in the tenth minute in tonight’s home game against VVV-Venlo. His fifth goal of the season in the Kitchen Champion Division.

It wasn’t enough for PSV to win. In the second half, Robin Lathwers on behalf of VVV-Venlo benefited from poor goalkeeper work by Kjell Peersman and Nick Venema also in the 90th minute: 1-2. As a result, VVV-Venlo moved up to 5th in the Kitchen Champion division. MVV Maastricht dropped to sixth due to Venlo’s victory.

Young AZ followed in seventh with VVV-Venlo and MVV. Promises of Alkmaar played out to a 1-1 draw against Helmond Sport tonight. Suleiman Alloush used a penalty kick on behalf of Jong AZ in the 52nd minute, but four minutes later Peter van Oijen scored the final score 1-1.

See also  'We wanted a different perspective and it worked'

Just like Jong PSV and Jong AZ, Jong Ajax also failed to win. Donny Warmerdam opened the score for John Heitinga’s team against Roda JC, but the same Warmerdam made it 1-2 in stoppage time of the first half with a crazy own goal.

Just before that, Dylan Fenty scored the equalizer on behalf of the visitors from Kerkrade with his 14th goal of the season. Venti is now the leading scorer in the Kitchen Champion Division by one goal more than Emil Hansson of Heracles Almelo.

Kitchen Champion Division figures
Watch all the videos of the Kitchen Champion section, all results, programme, position and all stats (top scorers, yellow and red cards and assists) at the bottom of this article. Check out our match center here!