Putin wants guarantees that NATO will not expand eastward 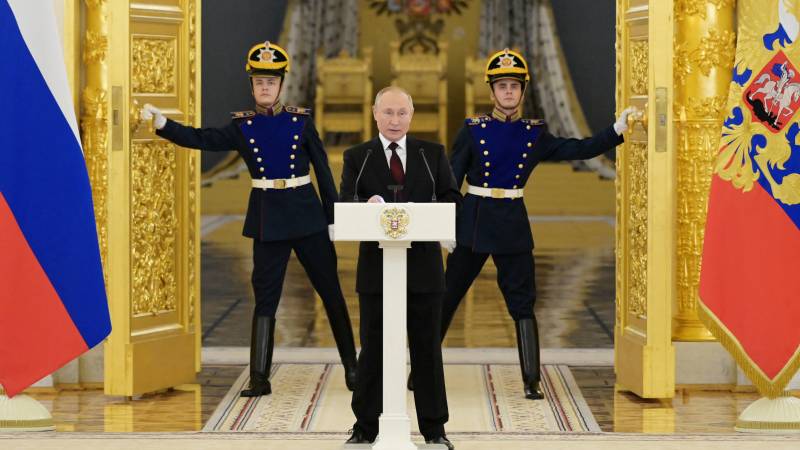 Russian President Putin wants guarantees that NATO will not expand eastward or place weapons near Russia’s borders. He said when welcoming the new ambassadors to the Kremlin that this would preserve Russia’s security in the long term.

Putin emphasized that he wanted to enter into a dialogue with NATO countries about, among other things, halting enlargement. According to Putin, any agreements that must have a legal basis must be in the interests of all countries.

The Russian president made his comments at a time when tensions with Ukraine and NATO are rapidly escalating. US Secretary of State Blinken said today that he is “deeply concerned” about the tens of thousands of military personnel that Russia has recently sent to the border region with Ukraine.

‘Any Russian proposal to NATO is illegal’

Last week, the Ukrainian government launched a coup to frustrate which was to be established by Russia. President Zelensky said the coup would have taken place this week without interference.

Today, Ukrainian Foreign Minister Kuleba quickly responded to Putin’s statements about NATO. According to Kuleba, Russia has no right to make such demands. He said any Russian proposal when it came to NATO was “illegitimate”.

Putin has been agitating vigorously for some time now against, among other things, Ukraine’s potential NATO membership. Only yesterday he spoke of a “red line” if NATO sends troops to Ukraine or places weapons in the country.

Putin’s call came at the same time as the warnings of NATO foreign ministers, who are meeting in Latvia. They said that Russia’s continued destabilization of Ukraine would be a “colossal mistake”. NATO Secretary General Jens Stoltenberg echoed that warning today.

US Secretary of State Blinkin said that Russia is destabilizing Ukraine both at home and abroad. He said economic sanctions would have a “significant impact” if Moscow decided to invade Ukraine.

Russia denies the existence of such plans and says it can deploy soldiers wherever it wants on its territory. Moscow says Western reports of a possible Russian attack are false and alarming. Tomorrow Blinken will meet with his Russian counterpart Lavrov in Stockholm. Both indicated their desire to discuss tensions between Russia and Ukraine.

Ukraine and Russia have been in military conflict since Russia’s annexation of Crimea in 2014. In eastern Ukraine’s Donetsk and Lugansk regions, pro-Russian separatists and the Ukrainian army are facing each other. At least 13,000 people were killed and more than two million people were displaced.