Queen Maxima opens a children’s exhibition at the Groninger Museum 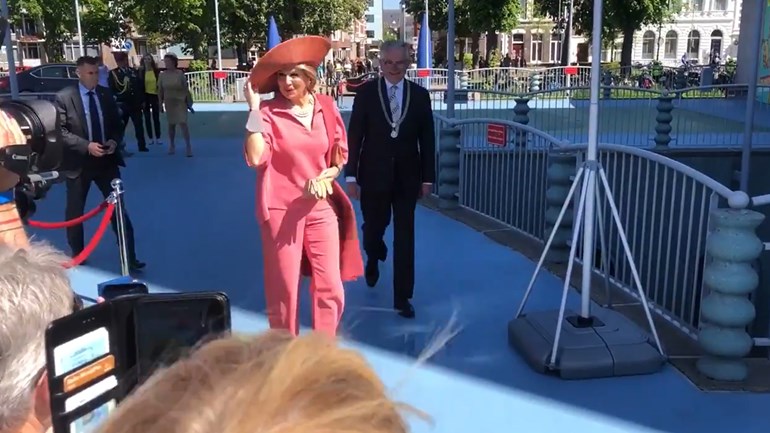 Divided into twelve rooms, the artworks of twelve artists from the Netherlands and abroad can be seen. Four of them come from Groningen or have connections to the county. These are Chantala Pletter, Harry Arling, Lambert Camps and Sandra de Groot. The Children’s Biennial may make its debut in the Netherlands, but the idea came from Singapore. At the Groninger Museum, you can also see three artworks that were also present in Singapore.

The Queen speaks to the artists and the children

The Biennial is an artistic event every two years that consists of interactive artwork. Thirty children from Groningen not only compiled the exhibition, but also took part in holding more of the exhibition. For example, they had classes on writing hall scripts and how to take a tour. The Queen not only took an interest in the opening, but also entered into discussions with the artists and the children. I did this during a museum tour.

It certainly isn’t the first time the Queen has visited the Groninger Museum. Recently, in a TV interview broadcast in honor of her fiftieth birthday, she said that she visited the museum with a wig before her wedding to Willem Alexander. “I’ve always wanted to go to the Groninger Museum,” she said. Maxima was wearing a wig because a photo of herself and William Alexander had already been posted. That way, she can safely visit the museum.

A few weeks ago the Queen was also in our province. Then she was visiting Portang. There she announced that eight thousand children in East Groningen are receiving regular music lessons in elementary school.

Read also:
– Queen Maxima in Portang for music lessons in schools
– Quinn opens an exhibition at the Groninger Museum (2014)