Raids on German mining company in wake of floods 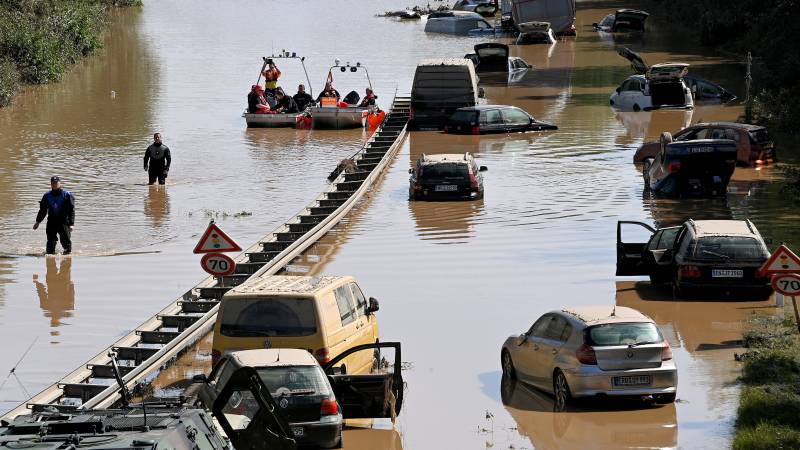 German police raided people involved in a mining company this morning in connection with severe flooding last summer. Cologne prosecutors suspect that the company operating a gravel pit near Irfstadt is not complying with the regulations.

The company was not going to build a flood defense and would excavate so much soil that so much water could enter the quarry during a flood. The quarry was flooded, which is believed to have triggered a landslide on July 16 and also caused homes to collapse. That day also fell on the city of Irfastadt killing, but according to picture No deaths occurred in these specific avalanches.

The investigation focuses, among other things, on the owner and lessor of the open-pit mine. Documents are also confiscated from the regulator that grants licenses to these types of businesses.

About 140 police officers participated in the raids. Over 20 office and apartment buildings are searched in North Rhine-Westphalia and one in Thuringia.

The area around Erfstadt was hit hard by rising waters last summer. More than 180 people were killed across Germany.

See also  Italian police angry at pink mouth caps: 'Do not do justice to our military uniforms' | abroad