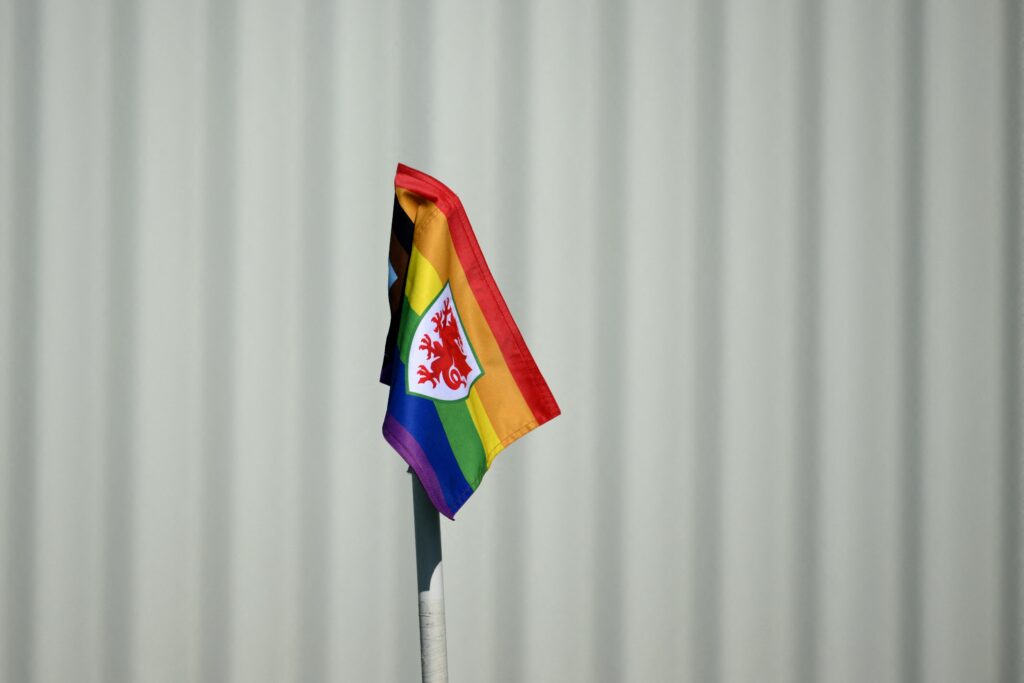 In Wales’ second group match at the World Cup in Qatar, this morning against Iran, fans in rainbow caps and flags were suddenly welcomed onto the field once again. This was announced by the Football Association of Wales.

This means that rainbow expressions during the next match of the Dutch national team, this afternoon against Ecuador, are also possible. It is not clear why this form of protest against the situation in Qatar was suddenly permitted.

In the first match against the United States, many Welsh fans, including caps in rainbow colours, were refused entry to the stadium. “We have received confirmation from FIFA that rainbow caps and flags are permitted on the pitch. All pitches have been notified,” the Football Association of Wales said.

Earlier this week, a Wales fan was seen in Qatar in astonishment. She wore a hat and was banned from the soccer field when her country faced America. It wasn’t really clear if she deliberately chose the rainbow, or if it was just “colorful,” but that might have been the case. In any case, the headdress had to be removed.

This Wales fan wasn’t allowed to take part in their match against USA because they were wearing a rainbow bucket hat 😳 #world Cup pic.twitter.com/KySl4ZsQjN

During this World Cup, there is a lot to be done about expressions promoting inclusion. The leaders of the Netherlands, Germany, England, Wales, Belgium, Switzerland and Denmark wanted to play in Qatar with a special OneLove captain’s armband. However, FIFA announced that yellow cards would follow, after which the national associations decided to abandon the plan.

Orange once again undefeated in Qatar?

The Netherlands national team can go unbeaten in their World Cup group stage against Ecuador for the 15th time in a row this afternoon from 5pm. The Netherlands’ last group loss was in 1994 in the United States, 1-0 against Belgium. At the 1998 World Cup in France, with coach Guus Hiddink, the Netherlands drew in the first round against Belgium (0-0) and Mexico (2-2) and won 5-0 against South Korea. The undefeated situation continued at the 2006 World Cup in Germany in the group stage against Serbia and Montenegro (1-0), Côte d’Ivoire (2-1) and Argentina (0-0). Then Bert van Marwijk won in South Africa in 2010 with the Dutch national team in the group Denmark (2-0), Japan (1-0) and Cameroon (2-1). Louis van Gaal then cemented Brazil’s unbeaten record in 2014, with wins over Spain (5-1), Australia (3-2) and Chile (2-0).

No protest with OneLove Band

The Netherlands, England and Wales waived a stadium protest today against the ban on wearing the OneLove captain’s armband (which KNVB sinned earlier). Both England manager Gareth Southgate and Wales team mate Rob Page want their footballers to focus on the sport itself. And Louis van Gaal, coach of the Orange national team, indicated in a press conference that he and his team no longer want to distract attention and that the focus should be on the world title. The Dutch national team has previously met migrant workers in Qatar. The players talked to them and played a soccer match.

Earlier this week, the German national team covered their mouths in a team photo in protest of the situation in Qatar. Iran squad did not sing during the national anthem, but that had something to do with the terrible scenes in their country.

See also  Men's handball after the victory: "Who says we can't beat the big powers?"