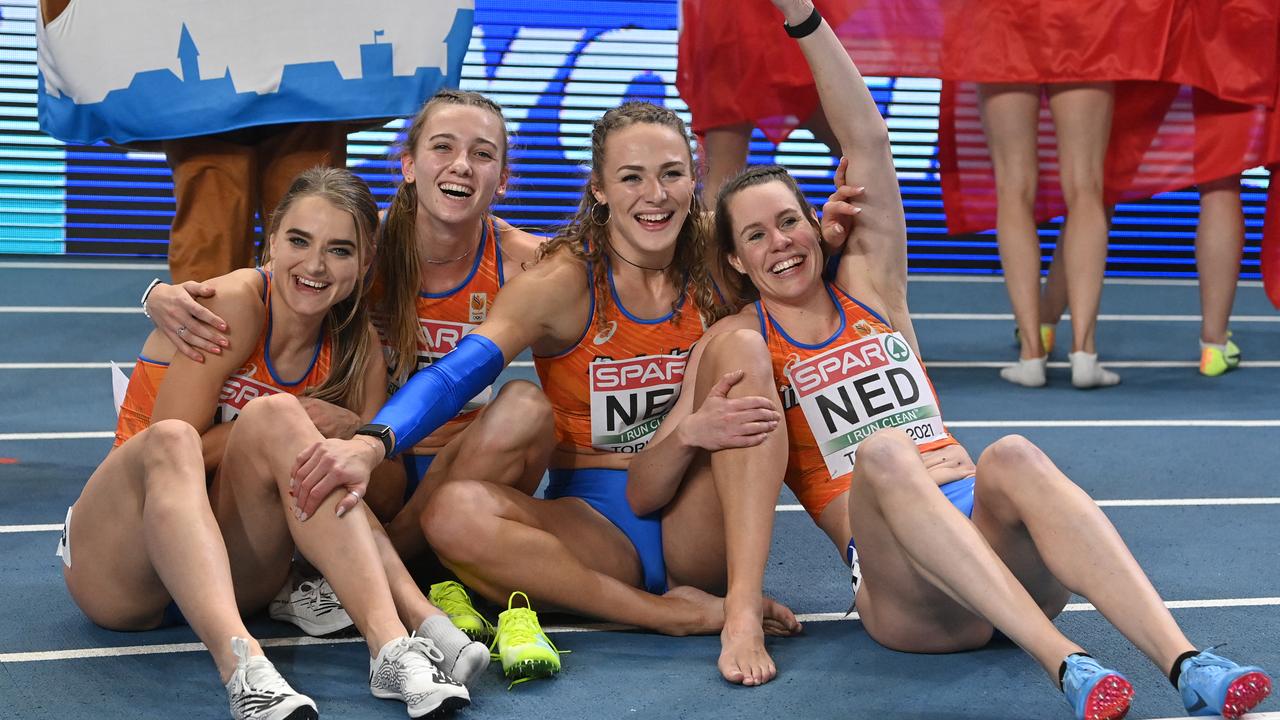 After winning the gold medal in the 4×400 meters at the European Indoor Championships in Toru, the Dutch women have already dared to dream out loud about success in the Olympic Games next summer. Lake Cleaver, Mariette Dovid, Fimk Ball and Lisanne de Witt gave a fitting final piece of a highly successful tournament for the Dutch athletics team on Sunday, which raises expectations for Tokyo.

“We were already running faster indoors than we were running in the World Outdoor Championships in Doha in 2019. We can really go outdoors a lot faster, something very nice could happen in Tokyo,” says Lisan de Witt, the most experienced force in the Netherlands. “Formation – composition.”

In recent years, the 28-year-old De Witte was also the fastest runner of the 400m, but now Lucky Clapper (22) and especially Fimkball (21) herself are ahead. So the relay team – including Marette Doved – is getting stronger. Seventh place in the World Cup was already a milestone, but it looks like more is possible in Tokyo.

“It’s the first time that many girls have run so fast,” says de Witt, who took bronze in the 400m two years ago. “I thought I was already in the prime, but now the others are pushing boundaries. And that pushes me further. There are many possibilities with this team this summer.”

Pictures of the golden race of Dutch women

“This is definitely very special.”

By the way, the strongest teams did not participate in the 4×400 meters at the European Championships. The United States is the world champion and Jamaica has a fast team. In Toru, the Netherlands won a championship record (3.27.15), the British silver team (3.28.20) and Poland won the bronze with a time of 3.29.24. Final sprinter Paul completed good introductory work in the last two rounds.

“I stayed behind the British runner for a while, but when I passed by and I was in front, I knew it was right,” said Paul, who had already won the gold in the 400m on Saturday. “Winning an individual title is amazing, but this gold medal with the team is just as remarkable.”

Claver finished fifth in the 400m on Saturday and made an even stronger impression in the relay. “If I had run this race in that final, I would have got two medals,” Claver said. “I feel lucky with this team. Great Britain always wins medals in relay and now we win.

Shortly before women claim the gold, Dutch men also became European champions in the 4×400 meters. In total, the team won four gold, one silver and two bronze times in the European Championships, thus finishing the Netherlands at the top of the medal level for the first time in history.