Rapper Frisco in panic during helicopter flight: ‘I was screaming’ | stars 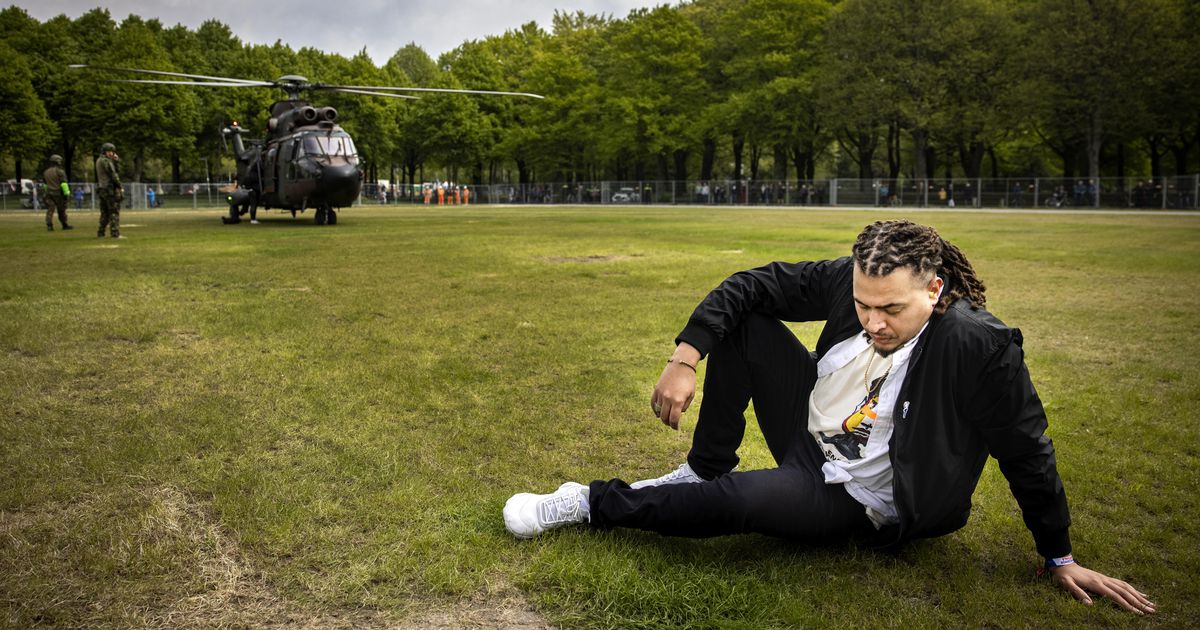 Frisco, the 35-year-old freedom ambassador, has previously declared that the “Freedom of Expression Declaration” is far more important to him than his fear of flying. “Hip-hop is the kind where you can put in a lot of information. As a rapper I feel like the face of freedom of expression. I think an ambassador is a beautiful thing. We are doing something important today.”

Just before boarding his helicopter, the rapper received a safety briefing. “He was very detailed and of course focused mainly on what to do if things went wrong. I heard everything, but I kind of ignored it. I think this day will be a very nice memory after that,” the rapper laughed at Giles Region Air Force Base.

But once in midair, Frisco was still too heavy and his fear of flying was no longer under control. At Malieveld in The Hague, he had to recover and be supported by a crew member. “It’s like being on a roller coaster that lasts a very long time,” says the Eindhoven resident, who can later laugh about it. ad†

“At some point during the flight I was completely above the adrenaline and it kept going. Then the door opened and I couldn’t take it anymore. I just lay there screaming.”