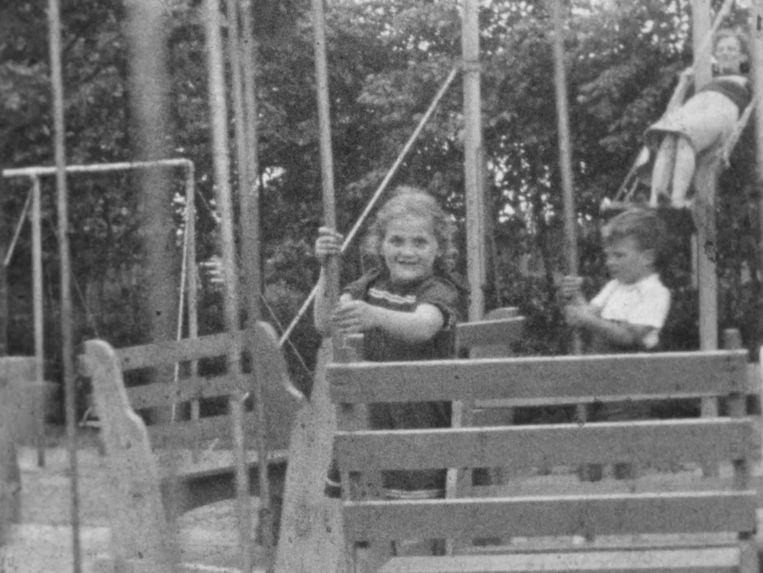 This is the first time that a cartoon has appeared of a Jewish people in hiding from the north of the Netherlands. Otto Kuipers, who has been involved in World War II in Trezwar since 1979, knows only three other examples of pictures of hiding people from the 1940-1945 war period, but these are films shot in the Amsterdam area and one in Zeo-Flanders.

The film was privately owned by the Kloosterman family, a family that sheltered many people in hiding from Amsterdam during the war. Kuipers discovered the photos by chance. “It was so unique and special that it couldn’t be kept in a small circle. I asked the family if we could get it and digitize it.”

“There are a lot of pictures from the war,” Kuibers says. But they often show the dark side, which is made by, for example, members of the NSB or the Nazis. This newly appeared image is about resistance. The people who pass are the people in hiding or the families who helped them. Based on the estimated ages of the main characters, we can be fairly certain this is 1944. ‘

The film shows the daily activities of the Kloosterman family who at the time owned a supermarket in a village of about a thousand people in Northeast Friesland. Frans Klostermann and his wife Jesse Cordell were active in the resistance at the start of the war. The head of the family distributes illegal literature, hides weapons and does not hesitate to hide people. They have two children: Han and Rickst.

One in hiding is Leah Cohen, a Jewish girl who appears regularly, especially in the second part of the movie. Cohen can be recognized by the dark dress and the braids in the hair. In 1943 her parents decided to go into hiding from Amsterdam in Finendal. Later in the war, Cohen separated from her parents and ended up alone in the Engwierum, where Klostermann cares for her until liberation.

In addition to Cohen, there are three likely hidden Jews in the movie. Kuipers sure Amsterdam children Fietje Buijtekant and Harry Davids (where Hit Parol Previously wrote extensively on this topicSee box), there are doubts about Gerrit Fez. There is great suspicion that Al Wasi is the teenage boy who wears glasses and walks across the screen in a multitude of scenes. All four children survived the war, and three of them (Cohen, Davids and Wase) are still alive.

The photos are included in the Frisian Archive for Film and Sound. Omrop Fryslân is broadcasting a documentary entitled Smuggled children Outside, where some of these pictures come back.

Plus photos from the Klosterman family, clear scenes with Harry Leo Davids, a Jewish boy who must be around a year and a half old at the time of filming. Six months ago, the blond young man was malnourished and full of sores and spots, and made it to Ingwerum. What he does not know yet is that his parents, Alfred Israel Davids, and Berta Lilly Berg, died on the same day in the spring of 1943 in the extermination camp in Sobibor.

Davids is staying with the postman Berend and his wife Geletje Packer. After the war, hardly any of David’s relatives appeared to be alive. Just two years later, after a custody case, Davids was extradited to his uncle in South Africa. Berend Bakker died in 1967 and never spoke to Davids again. Geltje Packer saw him again in 1968.