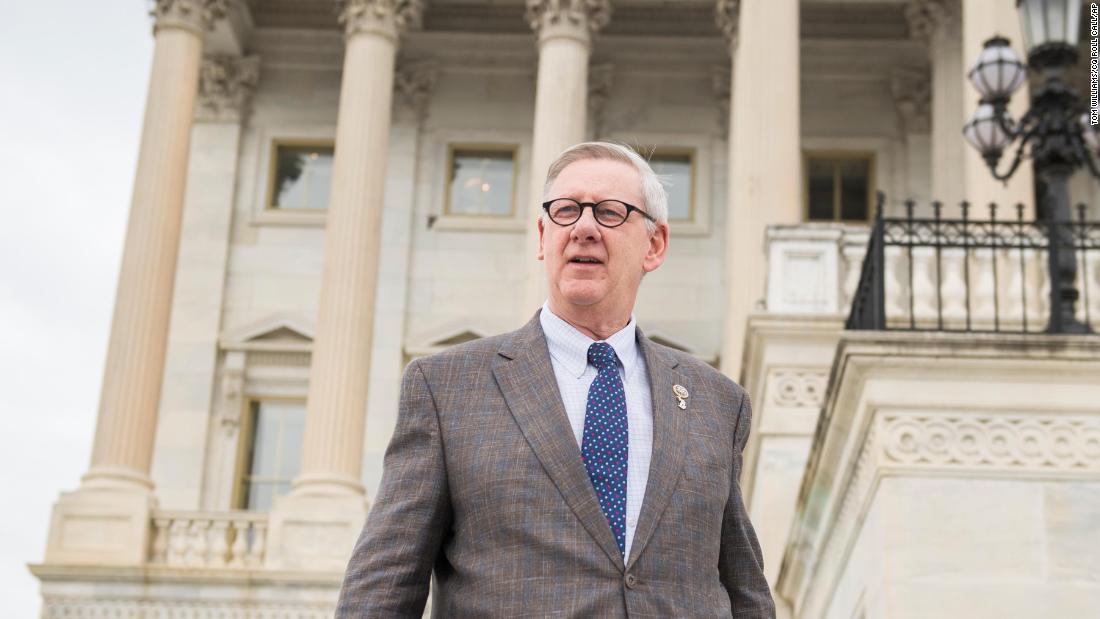 US House of Representatives

The weeks leading up to the 2020 general election are a shock to many in our country, to the electorate, and to us who have vowed to serve this nation.

You are well aware that in the last two terms my voting record in Congress has been over 95 percent for the policies of President Trump and the administration. Also, I voted for President Trump in the 2020 general election, even though four more years have been set aside under his leadership. I felt that many of the policies achieved during the Trump administration were in favor of our nation, while the policies put forward by the Democrats were very radical and did not reflect my policies.

I have worked hard to support each and every one of you in your endeavors. Ronna, you may remember that I talked to you many times when you considered the role of RNC leader. It was my strong belief that you can help guide our party and support its core principles, and I encourage you to take this position. Kevin, I have worked diligently with you as part of the Republican Leadership Committee for the 115th and 116th Congresses. I voted enthusiastically for our policies despite both terms on some difficult issues.

As an ardent supporter of the National GOP, State GOP, NRCC and individual candidates, I have mobilized nearly k 800k in just 2 1/2 years for the NRCC to support Republican candidates backed by the leadership. I have provided personal funds to countless candidates at the federal and state levels, not simply PAC funds.

I agree that there were some confusing aspects to this election. With more than 155 million people voting, there were administrative errors and even some fraudulent voting. Every state should take action to audit the election results, check the ballots and report the findings to ensure that every legal vote is counted. Michigan should do it, not just Wayne County. However, the president and his legal team have failed to provide evidence of large-scale fraud or administrative failure that could affect the election results.

Rona, you know Michigan politics very well. President Trump did not lose Michigan because of Wayne County, but lost because of declining support in areas including former Republican strongholds of Kent and Auckland County. In the 2020 election, President Trump lost in Michigan by a margin of 154,000 votes, compared to 2016 when his victory margin was just over 10,700 votes.

Any candidate, including the president, has the right to seek reconsideration and pursue legal challenges if he or she has evidence of wrongdoing. Both options were pursued or supported by President Trump. Calculations have failed to significantly alter the voting results in any state and dozens of court cases have been briefly dismissed in state and federal courts across our country.

Political Candidates It is unacceptable for us to regard our electoral system as a Third World nation and incites distrust of fundamental issues such as the sanctity of our votes. Moreover, the president’s attack on the U.S. Supreme Court is unacceptable because its judges, liberals and conservatives, did not rule on his side or “the court failed him”. It was the intention of our founding fathers to protect the Supreme Court from such blatant political motives.

If Republican leaders sit together and endure unsubstantiated conspiracy theories and “stop stealing rallies” without speaking out against our electoral process, which the Department of Homeland Security says is “the most secure in American history,” our nation will be damaged. I spoke clearly and strongly against these messages. However, I fear that the Republican leadership and our Republican convention in the Assembly will actively participate in at least some of those efforts, which will do long-term harm to our democracy.

I am constantly concerned about the stability and strength of our democracy. In response to the President’s response to Charlottesville, I expressed my deep concern about the anti – immigrant rhetoric of “send them back” and the racist comments of my own colleagues in the Assembly.

I believe that it is not the concerns of the Constitution or the integrity of the vote, but the original political considerations that motivate many in the party leadership to support efforts to “stop stealing”, which is very disappointing to me. As elected members of Congress, we swear to “support and defend the Constitution of the United States” and not to protect or defend the political interests of any individual, whether it be the President or anyone else, to the detriment of our beloved nation.

As a result, I am writing to advise you both on my engagement and relationship with the Republicans at the national and state levels. I will support,

Contribution and fundraising for individual candidates who reflect the policies I want. Also, I would like to advise Ms. Laura Cox, President of the Michigan GOP, of this decision through a copy of this letter.

I also request that the Secretary of the US House of Representatives change my party affiliation with Independence for the remainder of my term. Although acknowledged as a symbol, we all know that symbols are important.

Cheryl L. Johnson, secretary of the U.S. House of Representatives