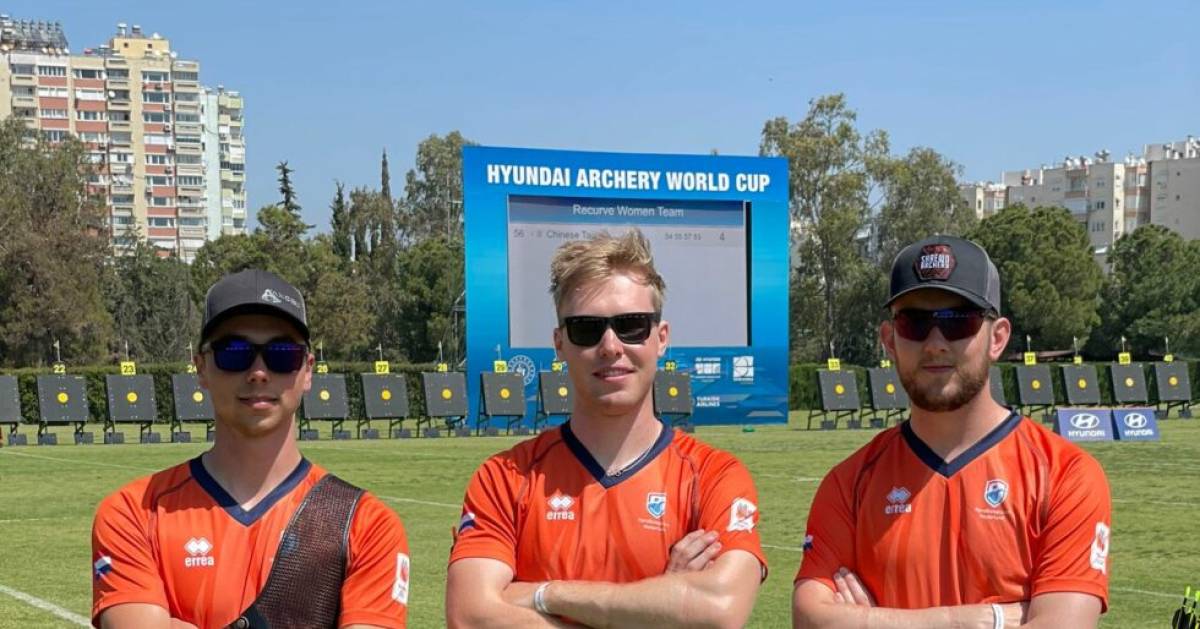 The Dutch shooting team won the second bronze medal during the first World Cup competitions of the season in Antalya. In the fight for third place, repeat bowlers Steve Wegler, Jess Proxma and Rick van der Veen (US) defeated Ukraine 6-2.

After Turkey qualifiers, the Netherlands finished third in the elimination rounds. This resulted in a first-round bye, after which Australia were eliminated in the last round of 16 (6-2). The quarter-final matches against Indonesia turned out to be a real thrill. The first set ended in a tie (56-56), after which the Asians won the second set 58-52. So the Netherlands had to take at least one point in the third set and they succeeded: 53-53. To force the penalty shootout, TeamNL had to win the fourth set. Worked tightly with 55-54. In the shootout, Holland is satisfied with two and an X.

In the semi-finals, Taiwan proved to be very strong 6-2, after the trio of Wegler, Proxma and Van der Veen advanced 2-0. The bronze medal match was just the opposite. The Netherlands lost the opening set to Ukraine, wasting nothing in the next three sets.

On Wednesday, the men’s complex team already won a bronze medal at the Turkish resort.

The Dutch women who came back to life did not go beyond the last sixteen. Poland was very strong 6-2 for the trio of Quente Roven, Gabi Schlosser and Laura van der Winkle (the best).