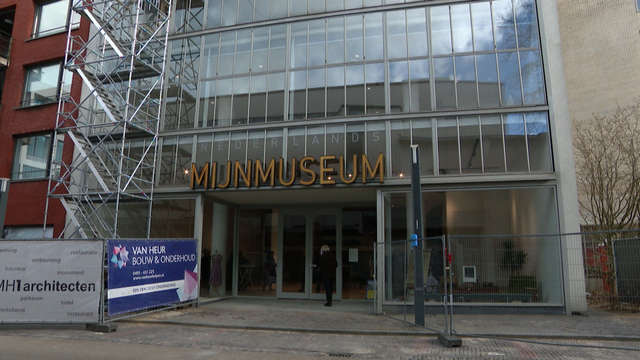 The former Kneepkens store in Heerlen was completed on Saturday. In the spring, the building will serve as the new home of the Dutch Mining Museum.

The building was destroyed in recent months and then renovated.

24 years of vacancy
The store was built in 1939 and has the status of a national monument. For many years the building served as a Kneepkens store. The amazing building has been empty for the past 24 years. “In the past, people who worked in the mines would go here to buy their clothes,” says councilor Jordi Clemens. “It is very special that the story of the miners and miners at this site is now being told.”

renovated
The original columns were preserved during the renovation. “It’s not going to be a museum in the traditional sense of the word,” says Eke Zijlstra of the Dutch Mining Museum. “The building is still a former department store. We only placed a gallery in the building, which in principle could also be removed or modified at some point.”

Four million euros
The project will cost around four million euros in total. The building consists of four floors and each floor has a different atmosphere. For now, the spaces are still empty, but that should change soon. In eight weeks, the Dutch Mining Museum wants to open its doors to visitors.

Thrilling
The official opening will be on April 23. Visitors are welcome from 1 May. “There is still a lot to do before it ends. We don’t have a lot of weeks left, so it’s going to be exciting, but I’m sure it will be over on time,” Zigelstra said.