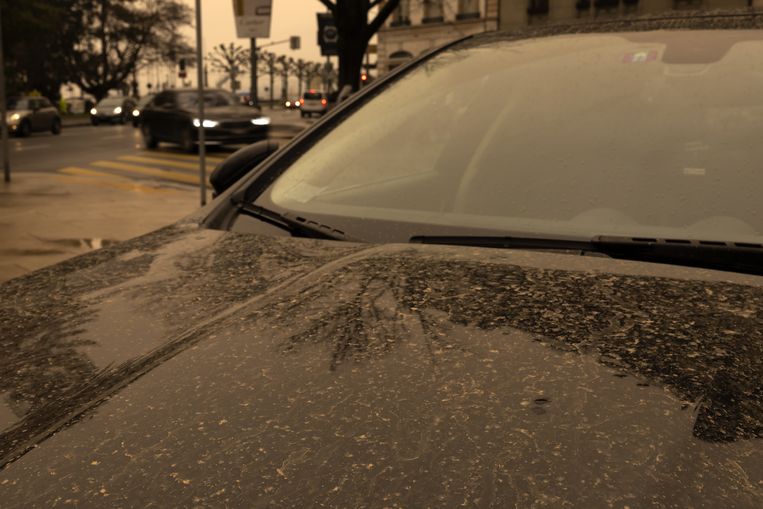 Western Europe may receive another load of dust from the Sahara next weekend. According to Copernicus, the European body that constantly monitors weather and climate, a large dust cloud is currently hanging over the Atlantic Ocean. Scientists expect the plume to pass after a bend over Western Europe on Friday and Saturday.

Copernicus is seeing relatively large amounts of dust blowing from the African desert over the Mediterranean and other parts of Europe this year. The Netherlands also had to deal with this phenomenon in March and April. Dust particles can give the air an orange glow and, for example, cover cars with a thin brown layer.

Desert dust can also affect air quality. This is particularly the case in countries like Spain, which regularly take the full blow. According to the predictions of Copernicus, Spain will once again have to bear the greatest amount of dust. Fine dust particles can irritate the respiratory tract.
Dust clouds from the desert also affect the temperature: they block sunlight and can make a difference of a few degrees.

KNMI states that there are more impacts on climate. For example, dust clouds can affect the so-called jet stream. This is “the belt of westerly winds meandering around the earth like a meandering river between latitudes 30 and 60 degrees north and south.” Locally, this can temporarily lead to large temperature differences.