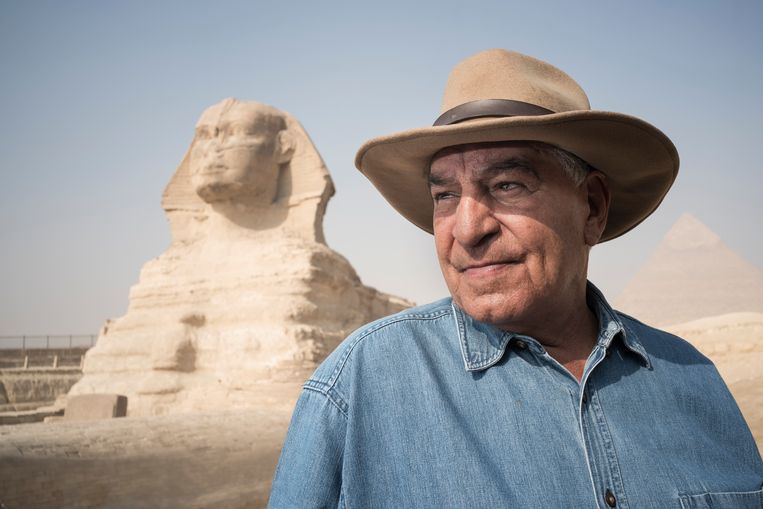 A shiny piece with inscriptions in two languages ​​is considered the most famous rock in history: Rosetta stone. In 1799 a piece of dark granite more than a meter high in Egyptian sand, with text incised in Egyptian hieroglyphics, but in a more common script, And in ancient Greece. Thanks to the knowledge of the latter language, hieroglyphs, which appear on many ancient monuments and objects, became decipherable. The partially crushed stone is one of the most important artifacts from Egypt’s rich pharaonic history.

Small problem: The 760-pound chisel has been on display at the British Museum in London since 1802, when Egyptians have long demanded its return to their land, from which they say it was looted. Again last Friday, by 75-year-old Zahi Hawass, renowned archaeologist, Egyptologist, former Secretary of Antiquities, and equally famous for his inseparable Indiana Jones hat. After the fall of Egyptian dictator Hosni Mubarak in 2011, his ministry came to an end, but his zeal to restore Egyptian heritage did not.

In National, an English-language newspaper on the Middle East, last week called for the return of not only the Rosetta Stone, but also the famed bust of pharaoh Nefertiti – in the Egyptian Museum in Berlin since 1920 – and Dendera. Zodiac, ceiling piece from ancient Egypt depicting the celestial vault and its constellations. This relief has been in the Louvre in Paris for over a hundred years.

Hawass revealed in the paper a plan to launch a petition from ‘a group of Egyptian intellectuals’ addressed to European museums: ‘I think these three objects are unique and belong to Egypt.’ His appeal later attracted international media attention.

The timing of the requested refund is not random. On the desert plains near the Pyramids of Giza, the Egyptians have been building the grand ‘Grand Egyptian Museum’ for years. Its completion has already been postponed several times, but was supposed to take place this autumn. London, Paris and Berlin are three archeological highlights that do not house the collection of statues, mummies and paintings of the most famous pharaoh Tutankhamun.

Earlier, in 2019, Hawass harassed the directors of the British Museum, the Louvre and the Egyptian Museum: “How can you refuse to lend money to the Grand Egyptian Museum when you have stolen so much from Egypt?” But his demands were rejected by the museums.

For decades, countries, often former colonies, have reclaimed heritage misappropriated by Western powers. For a long time the recovery of those treasures was questionable. This has changed in recent years, partly due to anti-apartheid protests and a focus on the history of slavery.

The Netherlands operates a procedure for claims to restore colonial heritage. France and Germany lead the way. Recently, these countries announced that they would return their collections of the so-called ‘Benin Bronzes’ to Nigeria. These statues were created from the 16th century on behalf of the Benin Empire in what is now Nigeria. In 1897 thousands of them were looted by British troops.

The British Museum has more than 900 items from this former kingdom, but so far no mention has been made of the recovery. Over the years the agency has been pressured to return another treasure of antiquity, the Parthenon Friezes, a collection of marble sculptures that decorated the exterior of the Parthenon temple on the Acropolis in Athens. Greece wants to return these ‘Elgin Marbles’ (named after the Englishman who took them to London between 1801 and 1804), but the United Kingdom has so far refused to do so.

Still, rejection seems to have had its day. In June, the chairman of the British Museum’s board of trustees suddenly proposed a deal to share the Parthenon frieze with Greece. He suggested showing the marble treasures in both Athens and London. However, he added that he did not speak on behalf of all the members of the supervisory board. It’s been quiet ever since.