Ribbon shower 2021: Read here who received the tape at Pijnacker-Nootdorp 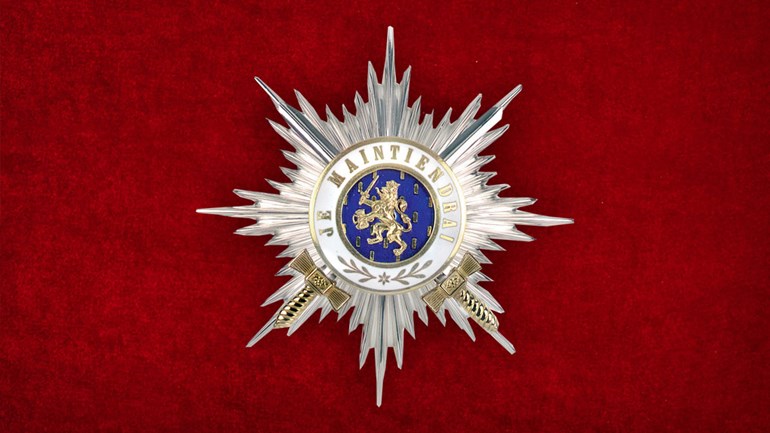 Text as stipulated by the municipality of Pijnacker-Nootdorp.

Mrs. EMT Carati-Zegers of Pijnacker, Member of the Order of Oranje-Nassau

Mrs. Carati-Segers has been a volunteer from 1969 to the present, with a short break. In 1969 she was active in founding “Stichting Speelklas Klavertje Drie” (now Stichting Pepijn), which started the playgroup business of Pijnacker. She later became a volunteer for the Royal NVVH Women’s Network, where she was a member of the Board of Directors until 2018.

I participated in organizing many activities and courses. Still involved in organizing the morning of the bridge. She has also been a volunteer for Parish Christus Koning / Parochiekern H. Joannes de Dooper in Pijnacker for over 25 years. In addition to holding the vice president and board member positions in the past, she is now still a volunteer for the evening vigils and grief advisory working groups.

Mr JEM Lübbers of Nootdorp, Member of the Order of Oranje-Nassau.

Mr. Lübbers has done volunteer work for over 40 years. He started in the 1970s as a member of the board of directors of Delft Entrepreneurs and founded the “Junior Chamber Delflanden”. In Nootdorp, he has been a member of H. Bartholomeuskerk Parish Council for 10 years. He also served as secretary of the working group “No to the annexation” of Nootdorp near The Hague.

For more than 17 years, he has been a member of the St. Jozefschool, participated in the annual camp and built the annual concert. He also gives technical lessons one hour per week to Group 8. He is still volunteering at Friends of Veenhage, which he helped found in 1998 and is still its president. Mr. Lubbers is still a volunteer for Stichting Geschillencommissie voor Consumentenzaken, a assistant chef for Les Amis de Cuisine, a men’s cooking club, Sinterklaas on the Sinterklaas Nootdorp committee, chair of the Hercules Street Committee and counselor / carer.

Mrs. PC Slappendel-Biersteker of Pijnacker, Member of the Order of Oranje-Nassau

Over 55 years ago, Ms. Slappendel-Biersteker started out as a volunteer for Ontmoetingskerk in Pijnacker. The Children’s Service led the assistant and was a pastoral assistant and elder. She was club leader and cashier at Stichting De Poort Pijnacker and devoted herself to Unmatched Youth.

For more than 25 years she has been a pianist with Oratorio Choir Cantando and has supported the choir with her piano playing. For more than 35 years I have worked as a volunteer for UNICEF, Delveland Division. As the Regional Coordinator I arranged planning and organized many actions. Ms. Slappendel-Biersteker volunteer at Wereldwinkel Pijnacker as she manages the inventory.

Mr AW van Velzen of Pijnacker, Member of the Order of Oranje Nassau.

With a short hiatus, Mr. Van Velzen has done volunteer work for the Protestant municipality of Pijnacker and Delfgauw for nearly 40 years. In those forty years, he held various positions within the church: from 1978 to 1998, proxy for the oldest church with the task of taking care of the physical management of the church. At the same time he was also director of the church cemetery.

In 2012 he was appointed a deacon and for many years was an ad hoc member of the Weidevogelhof Committee that facilitates church services and Bible departments in Keijzershof nursing homes. Still the director of the College of Deacons. He is the driving force behind the local SchuldHulpMaatje Foundation, nowadays Stichting Samen Grip op Geld in Pijnacker. Besides the cashier, he is also still active as a debt relief friend.

Mr N. van Rheenen of Pijnacker, Member of the Order of Oranje-Nassau

Mr. Van Rheinen is a must-have volunteer for VV Oliveo. He started out as a youth coach and secretary of the annual Millennium Championship in which he also played an active role in fundraising. He held the position of tournament secretary for all youth teams (40 teams) and organized and supervised several youth tournaments.

He was a member of the construction committee and is still a member of the maintenance committee that takes care of the maintenance of buildings and stadiums. It also helps people with disabilities with the weekly cleaning of the sports complex. He’s also been an unofficial caregiver for a long time. For his remarkable service to VV Oliveo, he was a volunteer of the year in 2004 and was awarded the “Kauffman” trophy. In 2012 he was appointed Merit Member of the Society.

Mrs. AAM Gravesteijn-van der Ende of Pijnacker, Member of the Order of Oranje-Nassau

Ms Gravesteijn is active as a volunteer for the Pijnacker Touring Club, Pijnacker Cycling Tour, and Pijnacker IJsvereniging. At Tourist Club, she is mainly committed to youth cycling, charity tour and support for Alp Douz. In the past she was very active in cyclocross, a cross-world global competition, which was held in Pijnacker.

For more than 25 years, she has co-organized the Pijnacker bike race, in particular the Fat Tire Youth Race. At IJsvereniging, you ensure that everything runs smoothly when the ice rink is open. Because IJsvereniging also organizes Run Bike Run and Easter Run, Mrs. Gravesteijn is also doing its part in this regard. Her driving force and enthusiasm mean a lot to the sport and youth of Pijnacker-Nootdorp.

Mr RJ Kemming of Nootdorp, Knight of the Order of Oranje-Nassau.

Mr. Kiming has been actively involved in the sport of cricket for over 50 years. His roots go back to Sparta Cricket 1888. He was a member of the Finance Committee, a board member / treasurer, and the editor of Sparta Weekly. He is still a member of the jury and drafts the judges every week and offers alternatives in his absence. It is also the national referee for the Dutch League and international competitions.