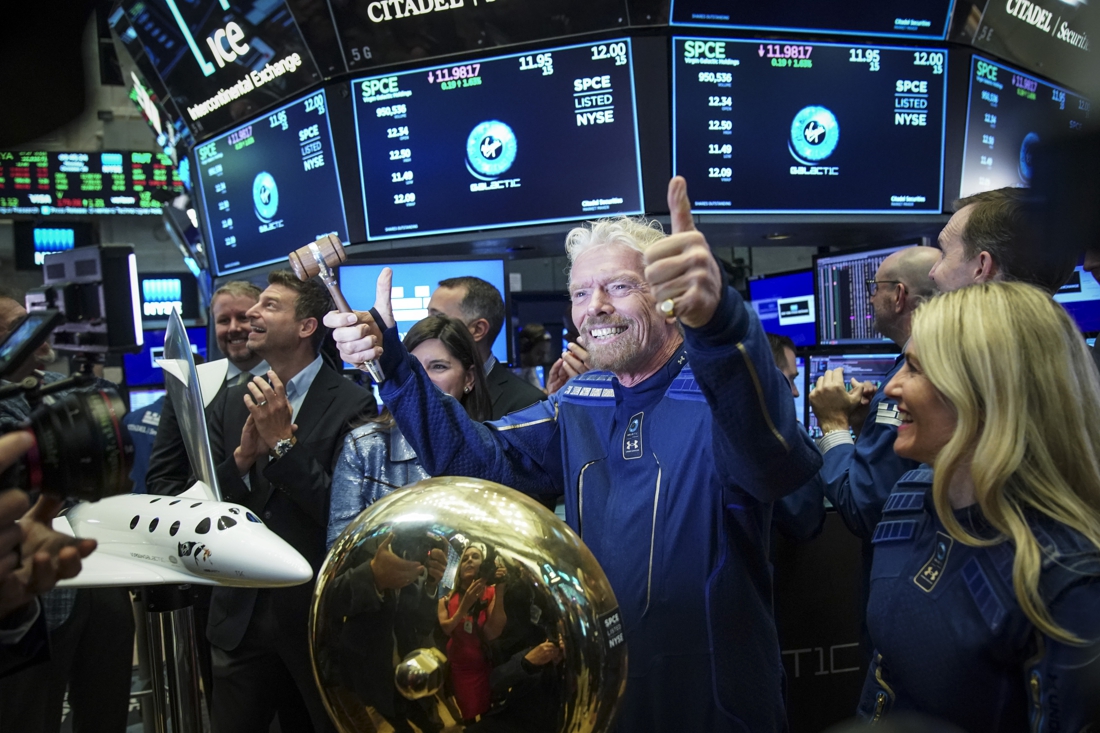 Richard Branson rings the bell of the New York Stock Exchange for the Virgin Galactic IPO in 2019.
Photo: Getty Images

Virgin Galactic has received approval from the Federal Aviation Administration (FAA) for commercial flights into space.

Billionaire space company Richard Branson announced it. Part of the Virgin Branson group of companies has been operating for years on a service to bring tourists into space. A successful test flight with VSS Unity in May convinced the US regulator to issue a license for commercial spaceflight for the first time. It was the third time the vehicle had exceeded 50 miles (80 km), the altitude the FAA uses as the space limit.

In the May test, a space plane manned by two pilots was successfully launched from Spaceport America in New Mexico. Virgin Galactic plans to conduct three more test flights. This summer, the company wants to conduct a test flight with a full crew, according to CEO Michael Colglaiser.

The company already sells tickets for space flights. The intended space tourist must first deposit $1,000. Buyers can get money back if they change their mind. If they are sure they want to go to space, the real ticket costs 250 thousand dollars.