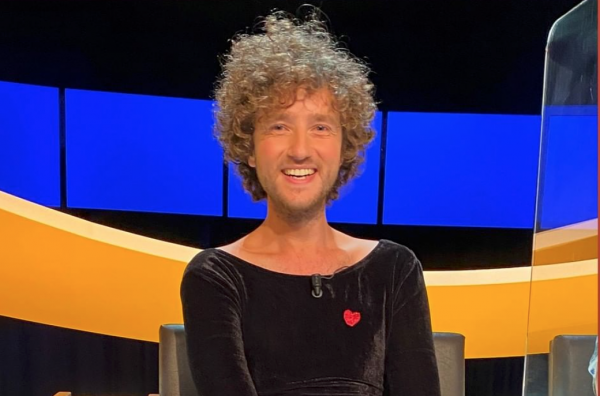 It’s the most natural thing in the world, according to the theater maker. He explains in the episode: “In the theater course, you get to experience who you are and what you want to look like.” “I don’t just do it indoors, but outdoors as well, and it turns out to be really cool. People wave to me too. That’s pretty cool.”

Rickert’s bright appearance wasn’t the only thing that caught Freyricks’ attention. Positive comments about the appearance of the theater maker are raining on Twitter.

I got this class with the comment that there is an uproar about a candidate from #Deslim He is. I was already thinking what was “wrong” with the filter on the right, because the pretty lady on the left can’t be blamed 😂 good legs # reckert! pic.twitter.com/56Ads1V7Id

Reckert looks great! It’s so unfortunate that people on Twitter have to take it personally and feel attacked by the dress. #Deslim

Three men. One had nail polish, one had a clear tattoo, one had a dress and high heels..
Fifteen years ago it was unimaginable, and now it’s just over #NPO2 And #Deslim . #i’mwhoi’myoumaybewhoyou’re pic.twitter.com/sw66ZR9YEk

A man in a dress and a man with nail polish. Fun! Then you’re a bit normal as a guy with a tattoo and a hat #Deslim