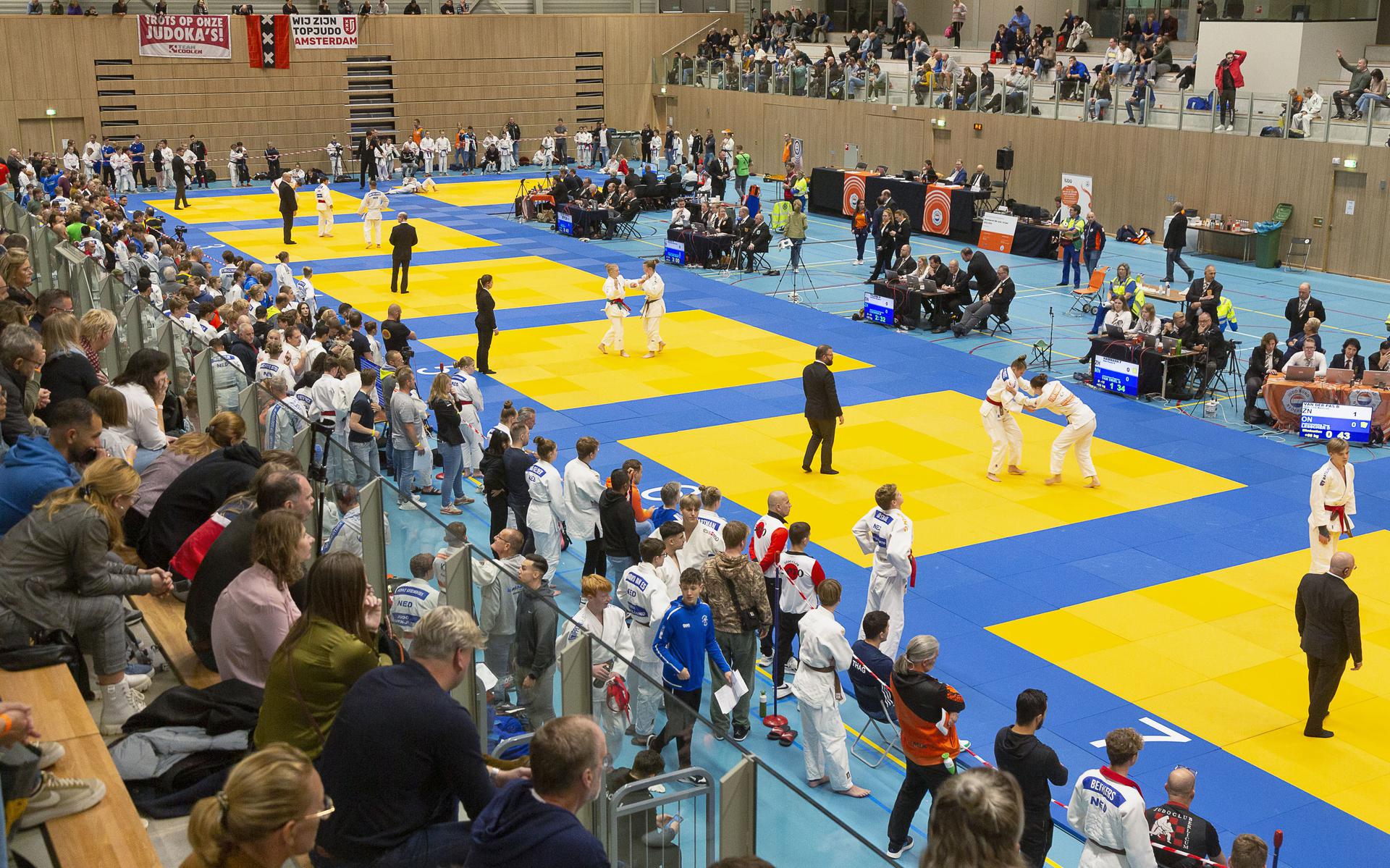 Last Saturday, the Dutch Judo Championships dominated Actifom for fifteen years. Young judokas came to Hoogeveen from all over the Netherlands to compete for this title in different weight classes. 14-year-old Rens Ijsink from Dalerveen won the gold and can call himself the Dutch champion this year.

From all over the country, the ranked participants of the morning competitions came to the Activum at 7.30 am to be weighed. The first work on the carpet was at half past nine. Groups fought to see the four best female judokas in each weight class on the carpet. Two girls from our region managed to qualify for this Dutch tournament. After an exciting competition, the top 4 judokas from all seven provinces won the mat in their weight class. Koen van der Kamp of Budo Sportvereniging Anbergen competed in the girls’ 40kg weight class. She won a bronze medal after the finals. 14-year-old Renske Eijsink from Dalerveen of the Judo League Koizumi Nieuwlande/Dalen has managed to take the gold by winning no less than all of her competitions.

Eijsink entered her first match in the +63 weight class against Michel Otto of North Holland, which she won, and also won her second match against Rumels of South Holland with a contract. Against Feldbor of North Holland, two goals were scored with Wazari for Eijsink, which means a place in the final. In the final, Eijsink had to compete against Van Driel from central Holland from the Progress judo school. Things went very evenly, but in the last minute Ijsink scored the ministerial goal that put him ahead. The final seconds were very exciting, but Ijcink didn’t give her match away, so she won the gold. Also for Trainster Natasja Meijer, it was a day of course with a golden advantage and at 100%. Nova Van Drel came in second, sharing third place with Mette van Gelder and Merth Hartmann.

See also  Dutch dressage championship: Van Leer can go to gold in the absence of Gal | Sports in Zeeland