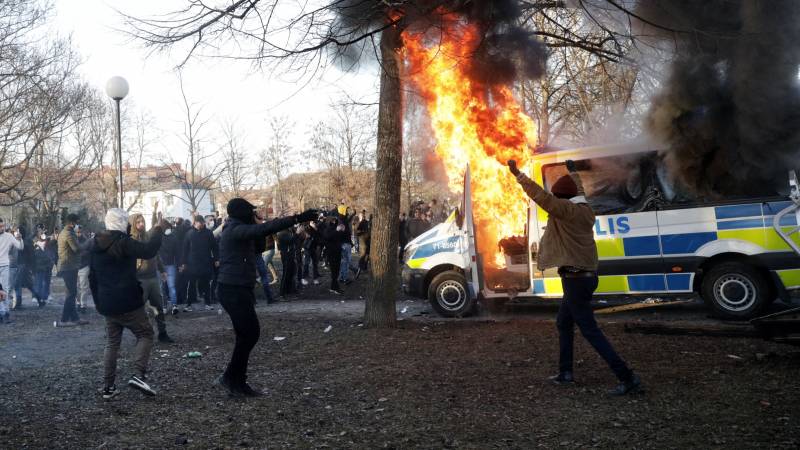 A visit by a far-right politician to Sweden turned into a riot in which at least eight people were injured. Counter-demonstrators clashed with the police.

The situation was turbulent in Sweden for several days in the places where Rasmus Palaudan, the Swedish-Danish, came to speak. The leader of the far-right Stram Kurs party (Harde Lijn) is touring the country, regularly provoking the burning of Korans.

In Örebro, 200 kilometers west of Stockholm, the disturbances began before the arrival of Palaudan. At least four police cars were set on fire and four people were seriously injured. Among the victims was a citizen who was hit in the head with a stone.

Earlier today, a meeting in a Stockholm suburb had already turned violent. During a visit by Palaudan to Linkoping on Thursday, three officers were injured in the disturbances. In Jönköping, talking was made impossible by the ringing of church bells.

Paludan founded Stram Kurs in 2017 to fight for a strict anti-Islam policy. Although the party is known for its provocative actions, it failed to cross the 2 percent threshold in the 2019 parliamentary elections.