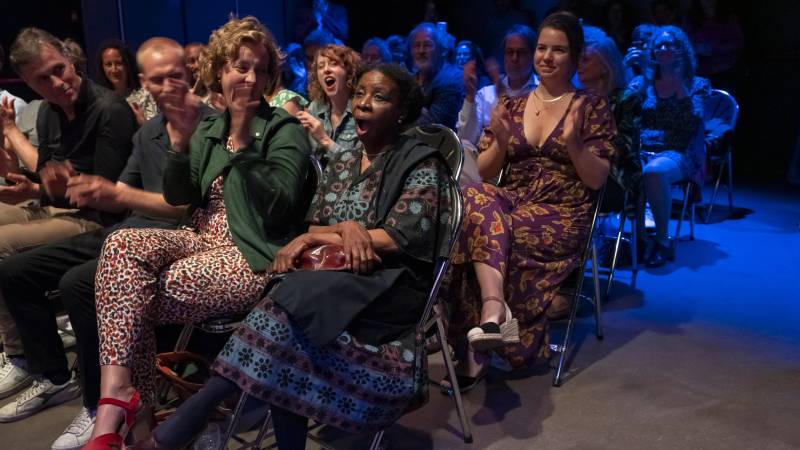 Rollin Redmond won the Brusse Award for Best Dutch Language Press Book this year for her book. The Doorsons: In Search of a Family of African-American Slaves in the Caribbean. The jury announced it on the radio show NOS with a view of tomorrow. The prize is accompanied by a cash prize of €10,000.

“I hope people will know something more about the history of Suriname in thirty years,” was her first reaction when she was declared the winner.

In the book, Redmond describes her family’s Surinamese roots and history. She’s been on it for ten years. “I started it because my mother asked me to write a family history before she was unable to speak,” she said. NOS with a view of tomorrow.

“It wasn’t easy. My ancestors were slaves in Suriname. We don’t have an archive of slaves. Slaves don’t have a name. They were ‘goods’. Finding out where I came from for my father was a very difficult process..”

According to the Press Book Award jury, she is “Waseem”. oral historyWork and journalism in its purest form. Where the struggle in the search for truth and new facts becomes tangible for the reader,” according to the jury’s report.

“Step by step, she toils side by side with the author, the author who finally charts the history of her ancestors with a refreshing distance and in this way fulfills her mother’s mission. The history of slavery is recorded, so that it becomes visible, but above all: unforgettable.”

For her book, Redmond spoke with relatives, among others, and traveled to Suriname for it. “If I don’t, they will die,” she previously said. “Then no one will be left to tell our family’s story.” Not many stories left, because people didn’t look back. “People who were left shut their mouths. They had to keep going. The pain was too great to tell the story.”

The jury, led by investigative journalism coordinator Jost Orange of NOS News and news hour, finds all five recommended high-quality books. But Redmond’s book “will still make sense within ten years,” according to the judges. “It offers insight and describes one of the most discussed topics of our time. (…) As a historian, the author fits in the tradition of the name of this award. This book is not only about archives and facts, but above all, as Rie Brusse called: about People “.

The other candidates were Groningen gold Van Wendelmoet Boersema about Groningen Gas, the book god By Stijn Bronzwaer, Joris Kooiman and Merijn Rengers Lebowski on Dutch travel website Booking.com, business prince Written by Michael Cozy and Martin van Don on Prince Bernhard of the Prince Royal, and Sanda Dia Written by Peter Huebrechts on the fatal headwinds of the Senegalese-Belgian student Sanda Dia.

last year Thalia Verkade and Marco te Brömmelstroet won the Brusseprijs Prize for their book on the increasingly dominant role of cars in public spaces in the Netherlands. This year, the award, which has been given since 2006, was awarded for the fifteenth time.