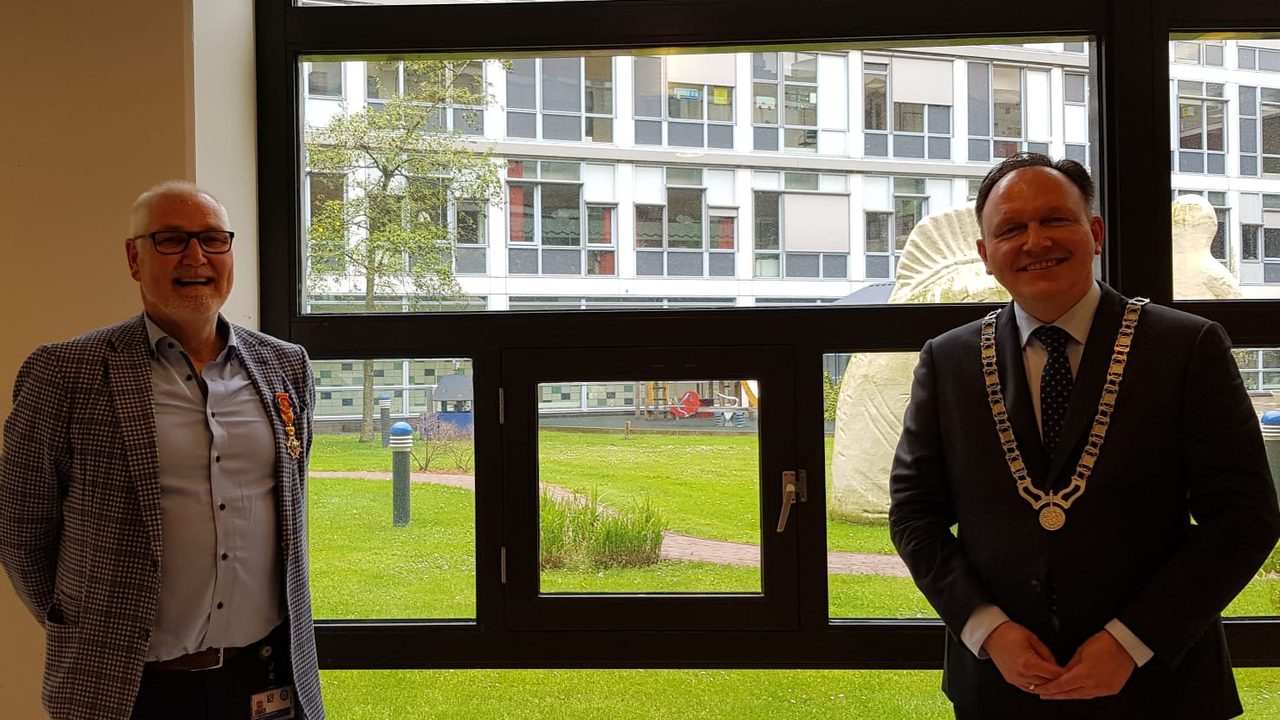 To his great surprise, Professor of Clinical Sports Medicine and Sports Physician Professor FJG (Frank) Pakx of Marsen received a royal medal from Mayor Ap Reinders at his farewell party on May 11. He was appointed Officer of the Order of Oranje-Nassau for his great scientific and social achievements.

In his speech, Mayor Reinders summarized a long list of Backx’s accomplishments in his working life. You have had a huge impact on an entire generation of sports doctors. It has raised the quality of sports medicine in the Netherlands and abroad to an even higher level. ”Reynders described Paxx as a figurehead, someone who has dedicated himself exceptionally to the institutionalization and professionalization of sports medicine.

Background Information
In 1991 Frank Bucks earned his PhD in the development and prevention of sports injuries among young people. Since 2003 he has worked as a sports doctor at Utrecht Medical Center. In 2007 he was appointed Professor of Clinical Sports Medicine at Utrecht University.

Backx is the head of sports medicine with a huge impact on the development of the profession. He has contributed to science (sports medicine) nationally and internationally, through numerous studies and hundreds of publications in (international) scientific journals. With his retirement, his glorious academic career comes to an end.

In addition to the position of professorship, he has also held many additional management positions that have benefited the community mainly.

For example, Backx has been chair of the medical committee of the Royal Dutch Korfball Association since 2001, where he was also a federal physician for eight years. Since 2003 he has been Chairman of the Advisory Board for Medical Affairs and Doping Prevention of the Royal Dutch Swimming Federation. He also held several management positions in the Sports Medicine Association (VSG), such as the President of the VSG Sports Medicine Annual Conference (2005-2015), VSG President (2018-2020), (Vice) Chair of the Scientific Council. From VSG (from 2015) and a member of several committees of this professional organization for registered sports physicians and physicians with an affinity for sports medicine.

Locally he also served for years as a member of the Technical Affairs Board of Christian Corvolle Club CKV OVVO in Marsen.