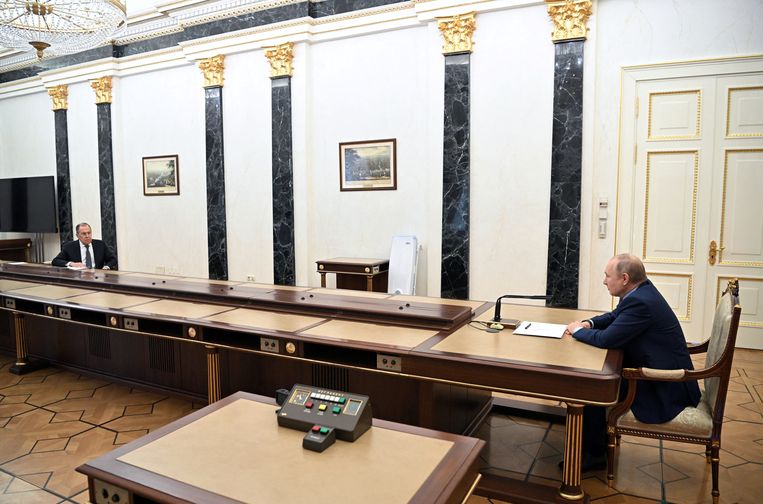 Lavrov’s comments indicate that Russia is not ready to invade Ukraine anytime soon. United State Warning since Friday That Russia could start “any moment” with “a very large military action in Ukraine”.

Russian state television broadcast the conversation between Putin and Lavrov on Monday. Putin asked his foreign minister if there was still a chance to strike deals with Western countries on Russia’s security requirements. According to Lavrov, the United States has made concrete proposals to prevent a military escalation, but the responses of the European Union and NATO are not satisfactory. He did not go into details about the content of the Western proposals.

Russia also postponed a decision on recognizing the breakaway republics of eastern Ukraine. The Kremlin-controlled parliament was supposed to vote on Monday to recognize the unilaterally proclaimed Donetsk People’s Republic and the Luhansk People’s Republic, but decided to seek advice from the Foreign Ministry first. This means that no decision will be made any time soon.

Russia’s recognition of the breakaway republics will escalate the extremely tense situation in Ukraine. Russia would then abort the peace process in eastern Ukraine and pave the way for permanent military bases in eastern Ukraine — and now Moscow is denying evidence of military support for the separatists. in Georgia Russia has previously recognized breakaway republics.