Russia is deporting the citizens of Mariupol to its territory 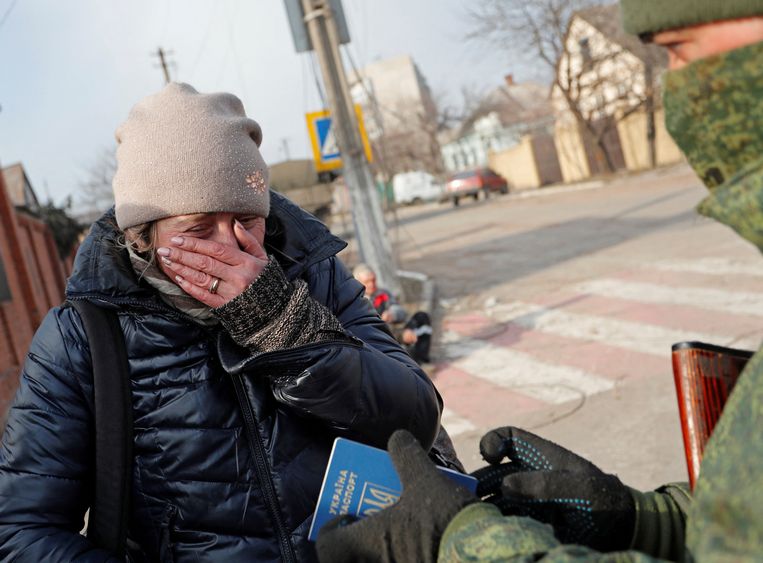 According to Ukrainian Deputy Prime Minister Irina Vereshuk, about 40 thousand civilians have already been transferred to the territories occupied by Russia without the Ukrainian government having any say in this matter. Satellite images show a temporary camp estimated at 5,000 people east of the city.

The Ukrainian Defense Ministry said that civilians from occupied Ukrainian lands are being transferred to Russia. On Facebook, the ministry reported that Ukrainians are being sent to “economically disadvantaged regions”. “A number of northern regions are mentioned as final destinations, especially Sakhalin.” That island is located in the north of Japan, about seven thousand kilometers from Mariupol, where the crow flies.

“We were all taken by force,” said a refugee from Mariupol who is now believed to be in Russia. BBC† The city’s deputy mayor, Serhiy Orlov, told British Public Radio that Russian soldiers had gone to civilian shelters to urge their evacuation by the Russian army.

According to Orlov, the Russian soldiers told the people of Mariupol: “Look, you have five minutes to evacuate.” If residents walked a few miles in their designated direction, they would automatically arrive on buses that would take them to Russian-controlled territory. “If you don’t go, this house will be bombed in an hour,” Orloff said.

Once in Russia, Ukrainian citizens will be provided with a workplace, according to the Defense Ministry. “Those who agree will receive documents that prevent leaving Russian regions for two years,” the ministry said on Facebook.

Last weekend, the Ukrainian authorities themselves tried, without success, to help civilians in need escape from Mariupol. Refugees can be received from the coastal city of Berdyansk, a place located tens of kilometers west of Mariupol. According to the deputy prime minister, Vereshuk, a convoy of buses was waiting there to take people to safer areas. In a video message from Kyiv, Vereshuk said that those who managed to get out of Mariupol by car can fill up for free in Berdyansk.

Ukraine accuses the Red Cross of legalizing deportations by the Russian army with their help. The international relief agency’s plan to open an office in Rostov-on-Don, a Russian city a few hours’ drive from Mariupol, has come under particular criticism. Ukraine has now asked the Red Cross to relinquish the office.

The Red Cross itself denies all the accusations. The aid organization is said to have only assisted in two evacuations from the northern Ukrainian city of Sumy to another Ukrainian-controlled area. “We will not support any operation that goes against the will of civilians and our principles,” the Red Cross said.

See also  Not yet extinct: This 'walking' fish was seen again for the first time in 22 years | Instagram