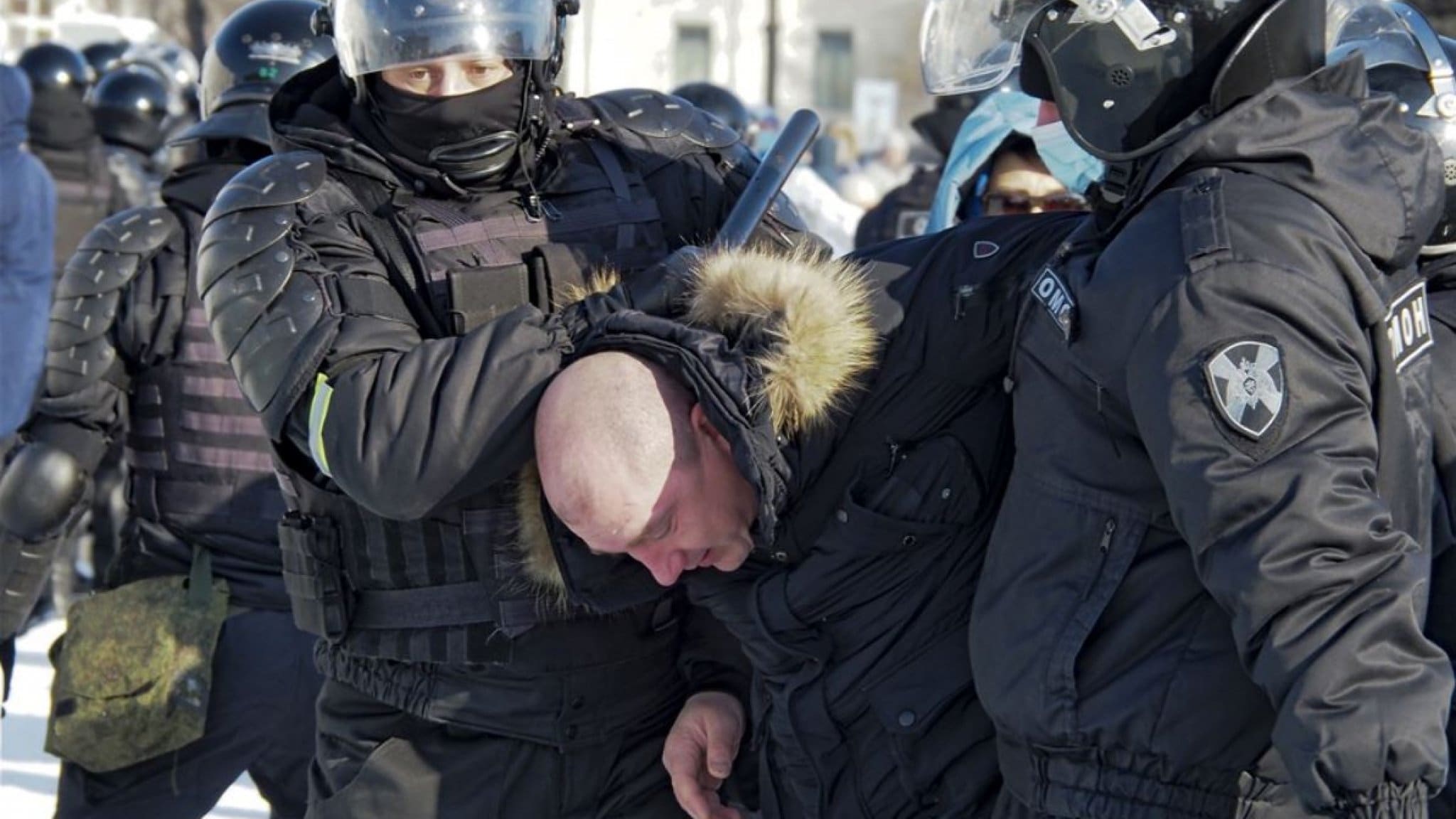 More than ten demonstrators were arrested in the city of Khabarovsk. It wasn’t done lightly: On social media, you can see the police line up protesters, beat them and put them in a truck. Here are the pictures:

Navalny called on his supporters this week to take to the streets today to protest President Putin’s rule. This has already happened in various cities in eastern Russia, including Irkutsk. There were protests at a temperature of minus 50 degrees Celsius.

A large demonstration is expected to take place later today, including in the capital, Moscow.

Navalny returned to Russia earlier this week and was immediately imprisoned for allegedly violating a previous ruling. Below you can see how it was done:

Navalny had just returned from Germany, where he was recovering from poisoning in Russia. The FSB is accused of being behind the poisoning incident.

Earlier this week, the opposition leader released a video titled “A Palace for Putin,” in which he claimed to prove that the president had built himself a huge palace on the Black Sea that was allegedly financed through bribes.

The nearly two-hour movie already had over 65 million views on YouTube a few days later. The Kremlin describes the accusations as “nonsense” and “lies.”

Navalny’s spokeswoman Kira Yarmisch, and several other opposition members were also arrested last week and were not present at today’s protests.

You can also deal with the Russians who ignore warnings from the authorities today and keep demonstrating anyway. Moscow police say they will intervene in illegal protests.