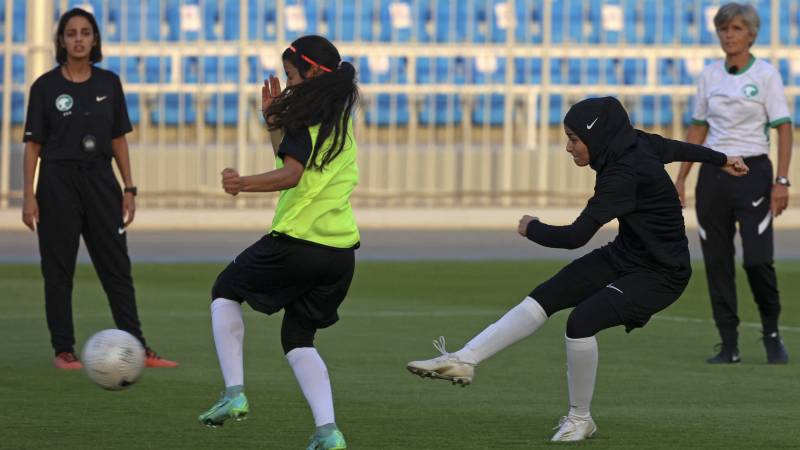 As of today, Saudi women can participate in the national football competition. There were already female amateur soccer players in the conservative country, but until now there was no official national competition. Women have only been allowed to sit in the stands at soccer matches in Saudi Arabia since 2018.

The new competition is part of an evolution that began a few years ago, says Middle East expert Anne-Marie van Geel in Radio NOS 1 News. “There is more and more space for women’s sports in Saudi Arabia. In this sense, this is not surprising, but of course it is a good development.”

For example, Saudi women have been allowed to go to the gym since 2013, and last year a female driver raced for the first time on a circuit in the country where women were only allowed to drive a regular car a year ago.

Swimming in the ladies hotel

Van Geel, who lived in Saudi Arabia in 2010 and 2011, knows from personal experience how difficult it was for women to exercise at the time. “I love swimming, but it was almost impossible to find a swimming pool where I could do it. I finally found one in a women’s hotel, where only women are allowed to stay. It was very indicative of the state of women’s sports in this country at the time.”

Van Geel also talks about her meeting with the founder of the first women’s basketball team in Saudi Arabia. She had to start doing it in her uncle’s backyard, “literally out of sight of society and the authorities”: