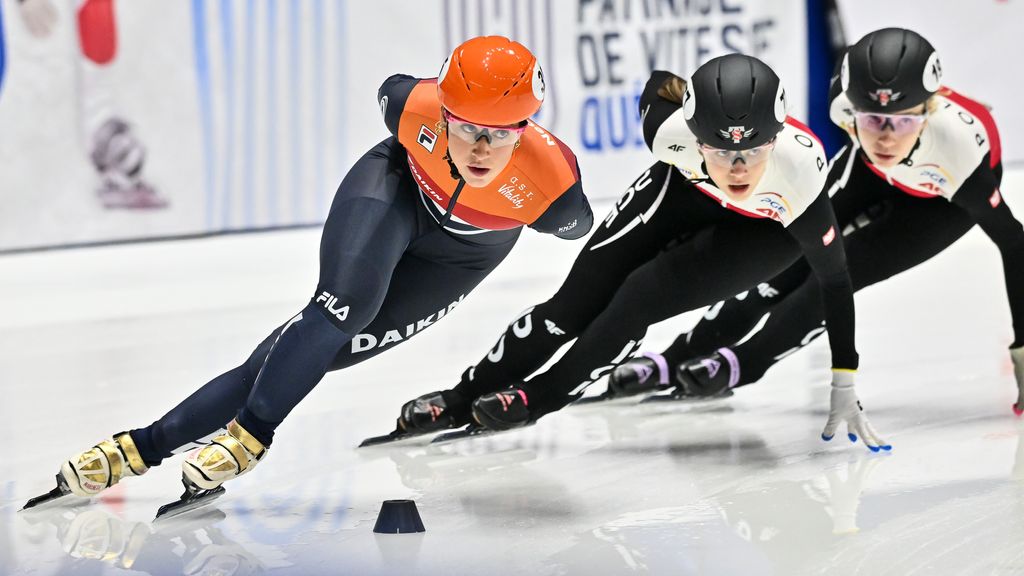 So early on in the short track season, there seems to be nothing wrong with Susan Schulting’s form. The three-time Olympic champion, who was unable to attend the Dutch Open earlier this month due to a sinus infection, won all three of the preliminary rounds she played in Montreal. The first World Cup of the new season will be held there this weekend.

The Dutch national team under new national coach Nils Kerstolt got off to a lively start in Canada anyway. The only downside was Ryan de Vries being eliminated in the 500m.

Schulting started the new season with a convincing performance in the 1500m. She left the competition far behind in her quarter-finals.

It was not without struggle. “I clicked my knives at the start of the race, they were completely stripped. I’m glad I was able to finish the race this way. I patted my back a bit.”

For mixed comfort, Schulting had to quickly change the blades under his ski boot. Together with Xandra Velzeboer, Teun Boer and Jens van ‘t Wout, she set the best time in all quarter-finals in the 2000m mixed relay. In the quarter-finals, the Netherlands went further than Japan and Poland.

Next, Schulting raced her favorite 1,000m heats up. Here, too, I crossed the finish line by a large margin. The 1000m will be held twice this weekend and Jara van Kerkhove twice qualified for the next round. Selma Botsma is also through.

19-year-old Michelle Philzepore led an international competition for the first time in Montreal with her sister, Zandra (21). They have convincingly qualified for the quarter-finals in both the 1000 and 500 metres.

The World Cup short-track in Montreal on Saturdays and Sundays can be followed live on NOS.nl and in the NOS app. Saturday starts Current at 7.30 pmSunday 6:30 pm.

Isaac de Lat (patient) and Sven Royce (serious hip injury) were missing from the Dutch men. As a result, a last-minute slot became available for Bram Steinart, who narrowly qualified for the semi-finals in the 1500m. Sjinkie Knegt and Friso Emons are also in the longest singles distance.

Kai Huisman, 25, who is making his World Cup debut, set the fastest time in the 1000 metres. Knegt, Emons and Jens van ‘t Wout are also by that distance, Teun Boer and Steenaart not making it. Huisman, Boyer and Van t Woot qualified for the quarter-finals in the 500 metres.

In the quarter-finals of the 5000m relay, the Netherlands, along with Kenigt, Emmons, Heisman and Van te Woot, qualified for the next round without any problems. Italy, Austria and Taiwan have come a long way.