Schunck turns a patio and classroom into a museum space 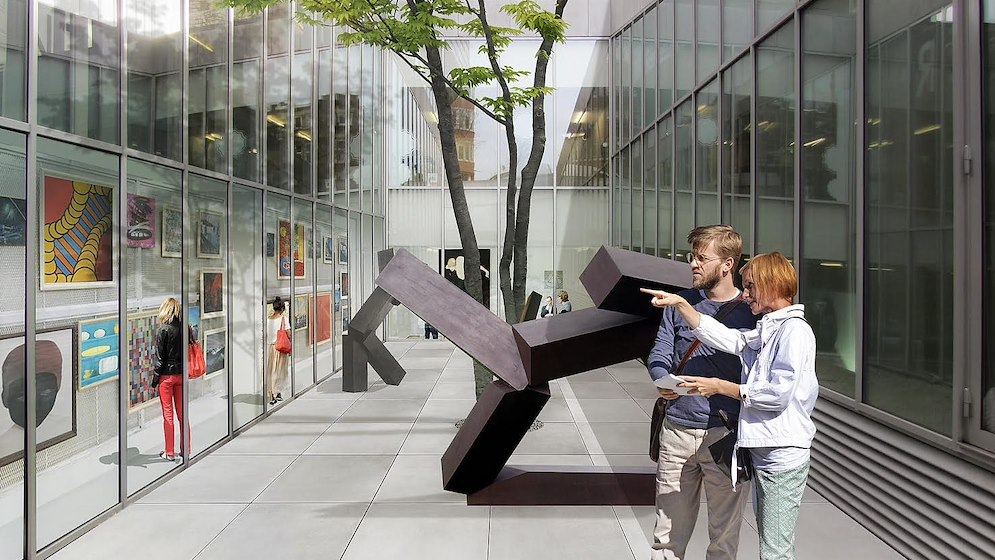 The Heerlen Schunck Cultural Foundation has begun to expand the rooftop of its museum. The courtyard between the Glaspaleis and the adjacent library and music school will be covered by a glass building, and three classrooms adjoining the courtyard will be devoted to a new purpose called the “Viewing Warehouse”. Will Arets Architects He is responsible for the design.

With the new exhibition space, Schunck wants to make his extensive art collection more visible in the heart of the city. The Foundation is working to increase the area of ​​its museum from 800 to 1150 square meters with free-access space. The existing courtyard and the three adjacent classrooms of the Music School will be renovated for this purpose.

The sunken courtyard between the Glaspaleis and the library/music school is not currently used as a museum space. With the new position, Schunck is killing several birds with one stone: the institution can display more works from its permanent art collection, make this space more inviting and publicly accessible and increase security. The edges of the courtyard are currently located at street level, allowing the adventurous to fall right in. Passers-by also throw a lot of waste into the yard.

3D artwork
The seven-meter-deep courtyard will be given a new function as a living and display space where Shank will present three-dimensional artworks. The viewing depot will soon be located alongside the library and music school, where the Schunck Museum’s collection will be presented through changing thematic exhibits. Visitors can view the works displayed on the shelves with the push of a button, Schunck reports. The view warehouse provides space for about 150 items at a time.

The text is on the patio glass surface Not extremists per se to read. The text, roughly translated “The Two Extremes Connecting Each Other,” is a homage to the plastic artist, architecture critic Nick. Tommers (Heerlen, 1928-2020). The Honorary Citizen of Heerlen Municipality has been an ardent advocate of “social space,” an interdisciplinary approach to the visual arts and architecture. Architectural and Urban Planning In the mid-1990s he devoted himself to preserving the Glass Palace.

The cost of the renovation is 2.1 million euros, which was partially funded by the municipality of Heerlen. The renovated patio (which will be named Atrium) and viewing warehouse are expected to be ready next spring.