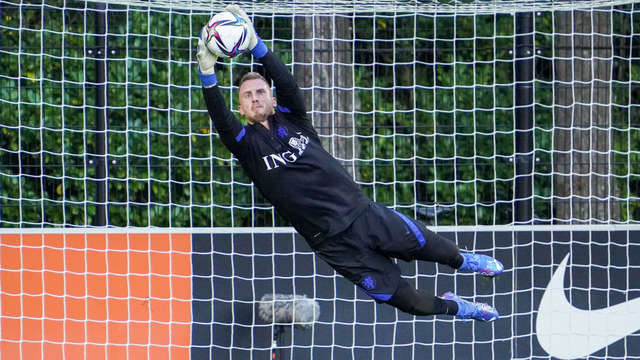 Goalkeeper Mark Flex has also been included in the Dutch national team’s provisional selection for the upcoming international matches.

National team coach Louis van Gaal included three goalkeepers in his list of 30 total names. The final selection will be announced on May 27.

The rhythm of the match
In addition to Mark Flick, experienced goalkeepers Jasper Cillessen and Tim Kroll are also included in the provisional selection. The latter was relegated with his club, Norwich City, from the English Premier League. Cillessen has barely played for his side Valencia this season, partly due to injuries. None of this applies to Fleks. He is having a great season, playing all the matches, doing well in the Bundesliga and playing the cup final in Berlin on May 21 with his club SC Freiburg.

Also read: Tribute and guarantee for Fleks: ‘playing with confidence’

The League of Nations
For the Orangemen, June’s Nations League matches dominate. Van Gaal’s team plays four games in total: the first against Belgium and Wales. Then at home against Poland and Wales. Mark Flex, who grew up in Buchholtz, made his international debut in March and is now in two caps after exhibition matches against Denmark and Germany.

world Cup of football
The four matches that will be held in June, as the last piece of the current season, constitute an important indicator for the Dutch team on its way to the World Cup, which will be held in Qatar in November.