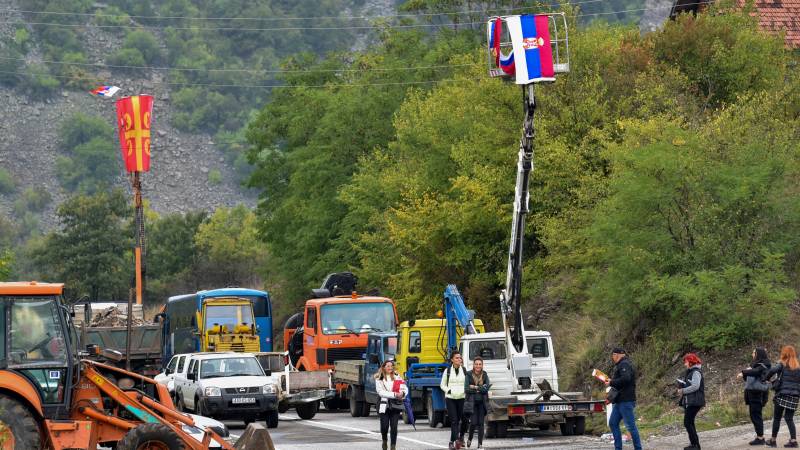 After the intervention of the European Union, Serbia and Kosovo reached an agreement to end the dispute over license plates for the time being. The dispute escalated last week. Kosovo deployed special police units along the border to monitor Serbian vehicles, and Serbia launched combat aircraft and helicopters near the border.

The agreement implies, among other things, that NATO peacekeepers will take over the role of the Kosovo Police Units. In return, the Serbs in Kosovo should remove the blockade they impose on the border crossings.

Serbia does not recognize the independence of Kosovo, declared in 2008. Many ethnic Serbs live in northern Kosovo, who still often drive around in cars with Serbian license plates. However, after independence, Kosovo got its own number plates.

Tensions arose between the two countries after Kosovo decided last week to ban Serbian number plates. This would cause problems for the Serb minority in Kosovo, as well as for travelers from Serbia. They will have to replace their license plate with temporary copies of Kosovo upon entering Kosovo.

Kosovo said it was taking the action because Serbia had been doing the same for ten years. Special border police units had to implement this measure.

Instead of replacing the number plates, it was now decided to stick stickers on certain parts. This procedure will remain in effect until a final solution acceptable to both parties is found.

See also  Biden empty-handed after a visit to the Middle East: No additional Saudi oil