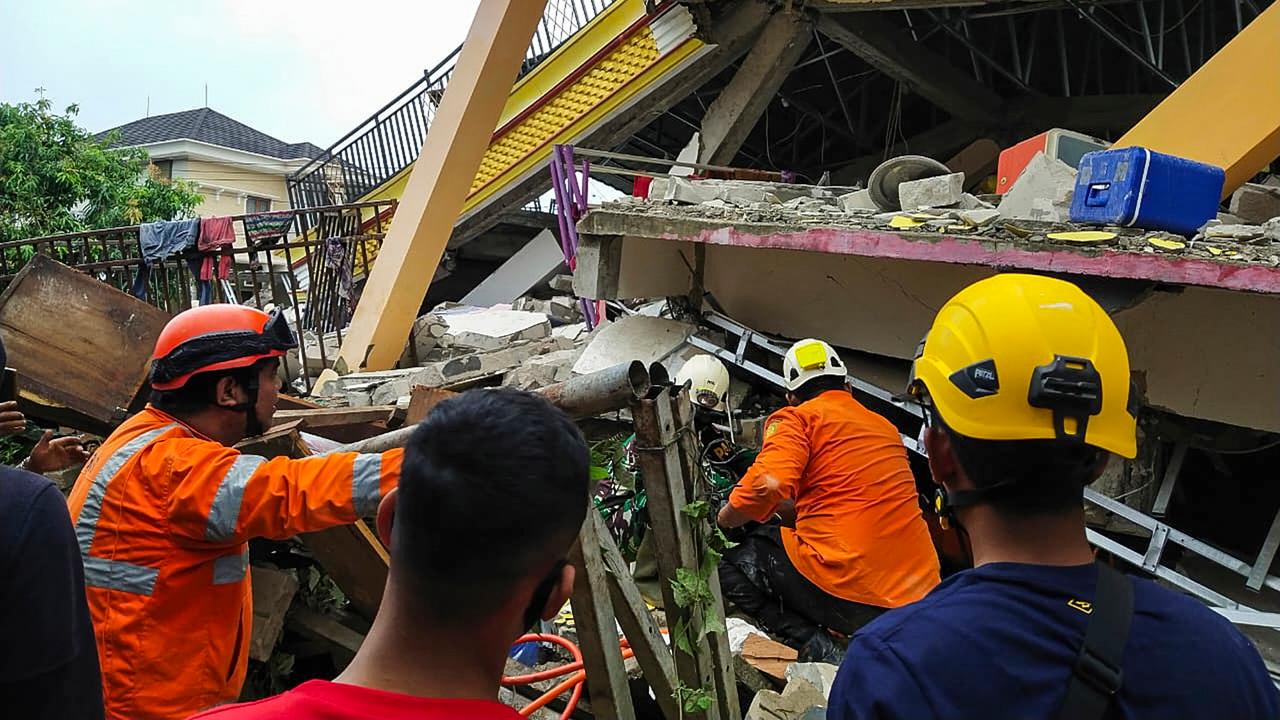 A massive earthquake on the Indonesian island of Sulawesi, measuring 6.2 on the Richter scale, killed at least seven people on Friday. The nation’s disaster relief agency said hundreds of people were injured.

Thousands of people fled their homes in search of safer areas after the earthquake. The earthquake occurred after midnight local time. Dozens of homes were destroyed. Many hotels and the governor’s office were badly damaged. According to local media, many people are still buried under the rubble.

Before the devastating earthquake, the disaster relief agency observed several lighter tremors. These have caused, among other things, landslides.

Earthquakes are more common in Indonesia. The country is located on a so-called Ring of Fire, where continental plates collide around the Pacific Ocean. A massive earthquake struck Sulawesi in 2018 Thousands of people For life.

Thousands of people tried to flee the area after the earthquake.