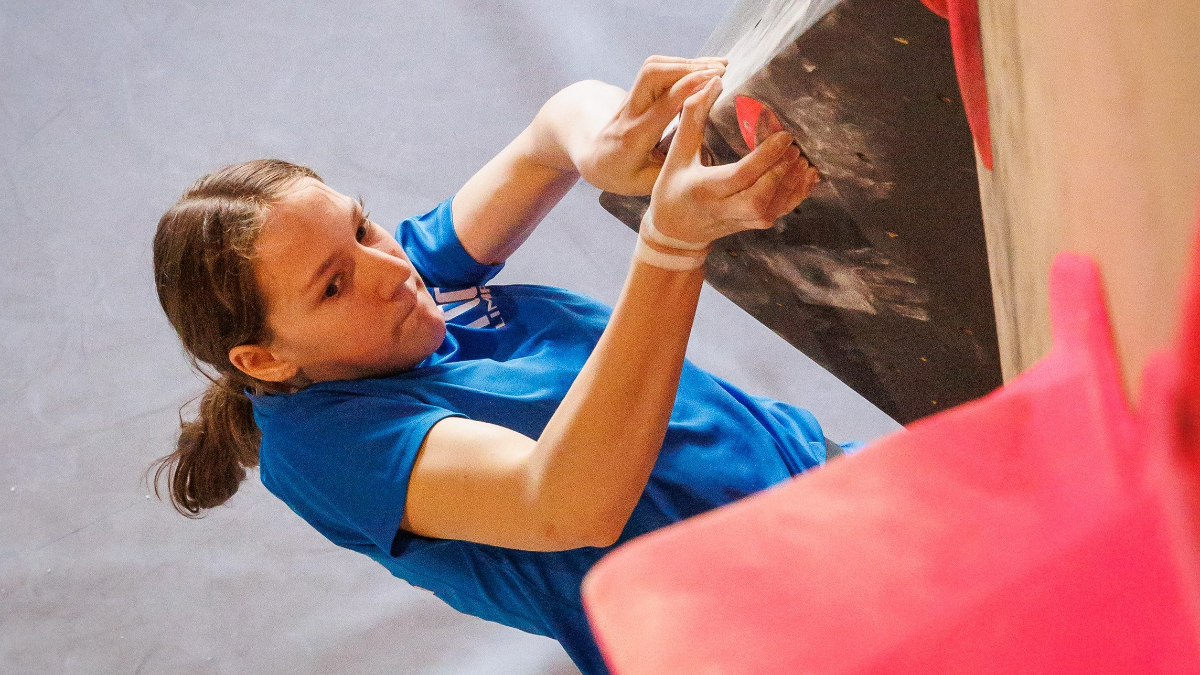 On Easter Saturday, the Dutch youth team gathered in The Hague to compete in different age groups during the Dutch Bowling Youth Championship.

The top ten climbers of the National Youth Rock League competition were allowed to enter the competition. Climbers are provided with four complex climbing tracks on a low wall (up to 4.5 meters). Whoever comes the most tracks and needs the fewest attempts, wins. Halfway there is another area grip, where points can also be obtained. Climbers have five minutes per rock. Insight, balance, technique and strength play a major role in this.

Bent Shefflers, second in the Girls’ National A contest, took the longest to figure out how to solve first rock: On her sixth attempt, she made it to the top. Then she hung it up and topped the other three rocks on her first try. She was the only one who climbed on all four rocks. Second place was Blaise Deriksen from Tilburg (3 leading in 4 attempts) and third by Donga Sinke from Driebergen (3 leading in 8 attempts).

Amber Schiffeleers, my daughter’s 17-year-old sister, won the competition in the Little Girls competition, but had to take second place in the NJK Boulder. First place went to Lisa Klemm from The Hague (with only 4 titles) and third place was Anja van Essen from De Bilt.

11-year-old Tom Bunsen of Jilin raced in the C boys. It was his first NGK Boulder and he finished sixth. Evan Salden of Maastricht participated with the boys A. Through the national competition, he placed fifth in the NJK. In The Hague he had to settle for eighth place.