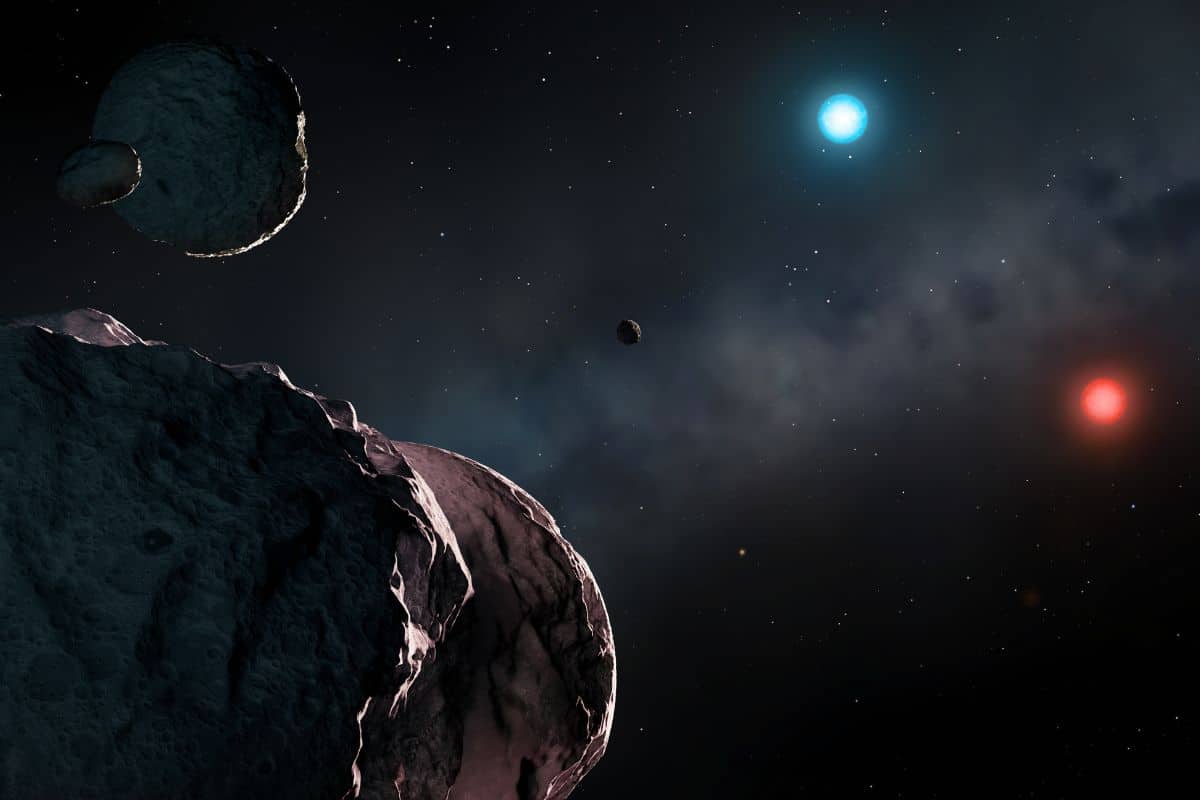 In the atmosphere of a dead old star, astronomers have discovered the remains of Earth-like planets that perished long before our planet was even born.

Astronomers have discovered the remains of an actual massacre in space. It is a faint white dwarf star surrounded by planetary debris. Researchers believe that the star and planetary debris are more than ten billion years old. This makes it one of the oldest planetary systems discovered in the Milky Way so far.

white dwarf star
As a star ages, hydrogen fusion in the star’s core stops and it swells. Then a red giant is created. As the star then blows its outer layers of gas and dust, the core shrinks, leaving a white dwarf. The star has reached the end of his life. Most stars in the universe, including our sun, will one day turn into a white dwarf. This, as you can imagine, is an antagonistic process that greatly affects the planets orbiting such a star. Most of the planets will be attracted to the star and swallowed up.

Stady
In the new study, researchers take a closer look at two unusual white dwarfs. “Because 97 percent of stars will eventually turn into white dwarfs – and therefore this type of star is ubiquitous in the universe – it’s very important to learn more about them,” said Abigail Elms. One of the strange white dwarfs studied by the researchers turned out to be strikingly blue, while the other is the faintest, reddishest yet found in the cosmic backyard. Both stars appear to be contaminated with planetary debris. Using spectroscopic and photometric data collected by powerful telescopes, the researchers were able to determine the age of the white dwarfs. The age of the “red” star, which is located 90 light-years away, turned out to be at least 10.7 billion years. About 10.2 billion years ago, it turned into a white dwarf. The “blue” star is slightly smaller.

red star
Further analysis indicates that the red star is home to alkali metals such as sodium, lithium, potassium, and others. This makes the ancient star the oldest mineral-contaminated white dwarf discovered to date. In addition, researchers suspect that the planets orbiting this star managed to hold them for a very long time. The planets may have been destroyed late in the star’s transformation process. The researchers conclude that this is one of the oldest planetary systems ever discovered in our Milky Way.

blue star
The blue star was also accompanied by planets. This star, after analysis, was found to be contaminated with planetary debris having a composition similar to the Earth’s continental crust. The team concluded that the star’s blue color may be due to its unusual atmosphere, which is composed of a mixture of helium and hydrogen.

not unique
The discovery of these metal-tainted stars shows that Earth is not unique: there are other planetary systems with Earth-like planetary celestial bodies. “In this study, we found ancient stellar remnants in the Milky Way that contain the remnants of Earth-like planets,” Elms says. “It’s amazing to think that this happened about ten billion years ago. And then those planets fell long before Earth saw daylight.”

mystery
Astronomers can determine the abundance of certain minerals in the parent planetary body by analyzing the star’s spectra. By comparing these quantities to planets from our solar system, scientists can paint a picture of what those planets looked like — before the star died and turned into a white dwarf. But in the case of Red Star, this presents a particular challenge. “The Red Star is a mystery,” Elms says. “The accumulating planetary debris is rich in lithium and potassium and unlike anything we know in our solar system. It makes it a rare white dwarf and very rare at the same time, in part due to its extremely cold surface temperature, its age, and the fact that it is magnetic.”

See also  Px8 is B&W's 'best wireless headphones ever', but it's expensive

While the stars provide new insight into white dwarfs, they also raise new questions. “When these ancient stars formed more than 10 billion years ago, the universe was less rich in minerals than it is today,” said researcher Pierre-Emmanuel Tremblay. This is because minerals form in advanced stars and from massive starbursts. Thus, the two white dwarfs studied provide an exciting window for studying planet formation in a mineral-poor, gas-rich environment—an environment very different from the conditions prevailing when our solar system was forming.”