Shocking government report on Australia’s environment: Entire ecosystems on the brink of collapse 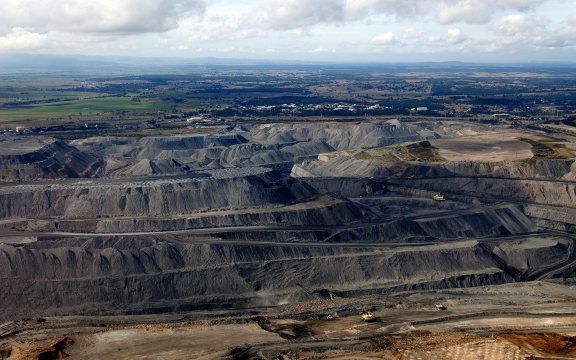 It says deforestation, bushfires, drought, climate change and invasive species threaten Australia’s natural capital. Report. And due to a failed environmental policy, the situation will worsen in the coming years.

Australia has lost more mammal species than any other continent and has one of the highest rates of species loss in the world. Over a hundred Australian species are already recorded as extinct or found only in zoos.

More than 200 endangered animal and plant species have been added in the past five years.An additional seven Australian mammals and 10 Australian birds could become extinct within the next 20 years, experts say.

Australia is grappling with rapid deforestation and land clearing, although the report says it is the main cause of habitat loss for many animal species.

Almost every ecosystem is threatened by the effects of climate change.

Also, nearshore coral reefs are generally in poor condition due to poor water quality and ocean heat waves. Also, the water levels of many rivers have dropped dangerously and almost every ecosystem is threatened by the effects of climate change.

These are some of the key findings from the government’s five-yearly report on the state of Australia’s environment. The new environment minister, Tanya Plibersek, called the contents of the document “shocking”. He said his conservative predecessor got his hands on the report last year, but would not make it public until after the election.

The report, produced by independent experts and some of Australia’s leading scientists, spells disaster for decades of environmental policy. For example, under applicable environmental legislation, of the 7.7 million hectares of habitat of plant and animal species destroyed industrially between 2000 and 2017, more than 93 percent were not reported to the federal government for assessment.

Under current criteria, most endangered ecosystems enjoy little or no nature conservation. To minimize the damage, the Australian government will have to rely on more expensive symptom control, the report says. These include nature restoration, reintroduction of endangered species, translocation of species to safer habitats, and preservation of species in zoos.

According to the authors, too little has been invested in reducing environmental damage and combating climate change. Deforestation, pollution and urban sprawl were much less controlled.

“Individually, all of these findings are terrifying, but it’s only when you think about their cumulative implications that you begin to get the full picture of environmental degradation,” says Plibersek.

Filibercek, who has only been a minister since June, is tough on his predecessors. “Warnings that have been ignored or kept secret for years,” he says. “Promises were made but not fulfilled. Questionable conduct that undermines public trust. Drastic austerity measures, willful neglect… all this has taken place against a backdrop of environmental destruction.