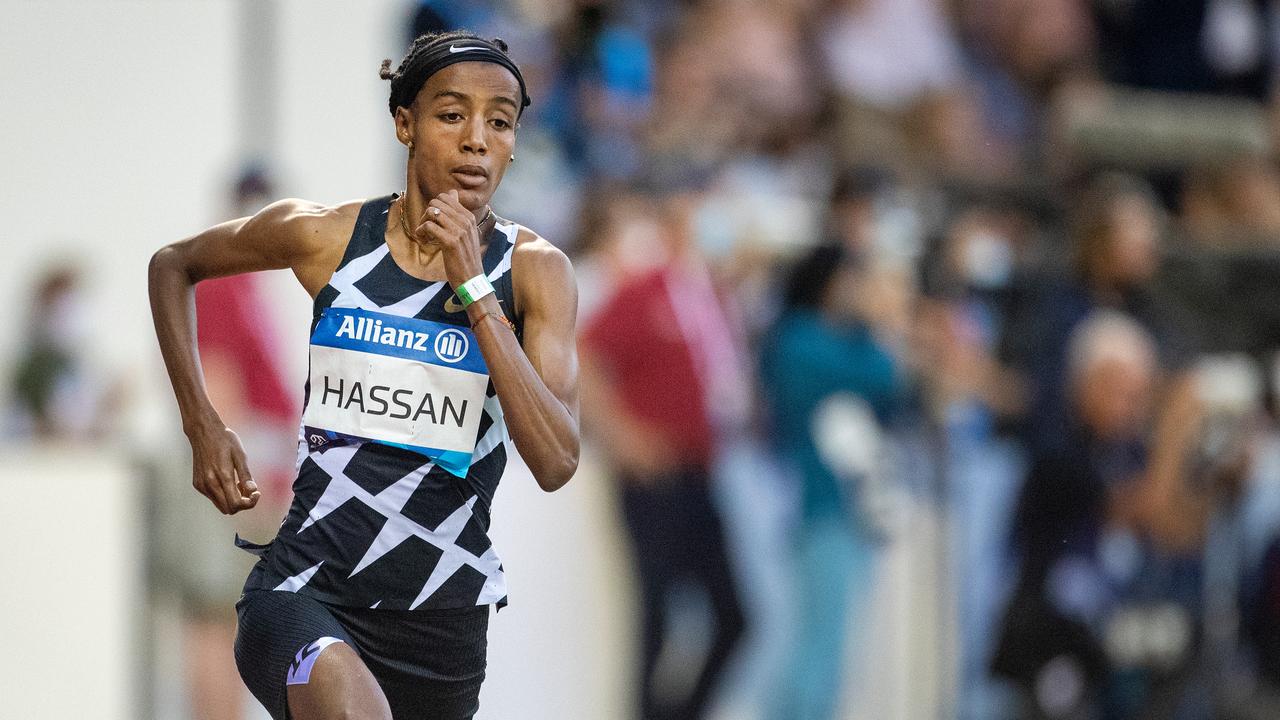 Sifan Hassan became the queen of athletics with three medals at last year’s Olympics in Tokyo, but it is unlikely that she will do so again at the world championships in Eugene, USA, in the next week and a half. The 29-year-old Dutchman doesn’t even know which two distances he’ll start at this time.

“I will make a decision on Wednesday, but I already know that I won’t run three distances again,” Hassan said during an online press conference from the United States on Monday. “I was good at three distances in Tokyo, so I know I can achieve something beautiful at all three distances. I’m just not as good this year as I was in 2021.”

Wrote Dutch athletics history with two golds (5,000 and 10,000 meters) and a bronze (1,500 meters) in Tokyo. It was an incredibly difficult and busy schedule for Hassan, which would not have been possible even at the World Championships in Eugene.

The 10,000m is scheduled at the World Cup on the same day as the 1,500m, so Hassan will have to choose between those two distances. He will definitely run in the 5000m race.

With her Olympic titles and Hassan becoming world champion in the 5,000 and 10,000 meters three years ago in Doha, much is expected of her again in Eugene, but the athlete is fueling expectations. She is cautious after a physically and mentally tough year.

“It’s been hard for me to pick up my game,” says Hassan, who played only his first game of the season last week in Portland. “Sports were a highlight, but setting new goals was difficult for me.”

Hassan took a long vacation during which he did not train. “The motivation was gone. I didn’t do anything for two or three months. It was good because at some point I missed running again. I felt like I needed to train again.”

‘I would have avoided a year without a World Cup’

However, the past few months have not gone the way Hassan would have liked. She thought that no competition should be held for the entire year 2022.

“If it wasn’t for the World Cup, I think I would have done it too. No, it wouldn’t have been bad to take a year off mentally and physically. It doesn’t matter to me because I have them. The Olympic medals. Then I started preparing for the World Cup ten weeks before, and how deep I went to Tokyo. I realized that too.

Hassan developed pain in his legs and an infection in his lungs. “Until three weeks ago it didn’t go well. I was panicking. What is this supposed to be for the World Cup? But suddenly it was good and now I feel good and happy, although I don’t mean it. Win medals.”

Perhaps Hasan was content with a medal in Eugene. “I know where I’m coming from. I know now that hard training pays off. I’ve trained harder now than in previous years, and if it turns out that it’s not enough for gold, it might as well be. No bronze or silver. I don’t know where I stand compared to my competitors. They Maybe they’ll train harder and be better than me.”

The World Cup in Eugene begins Friday and runs through Sunday, July 24.