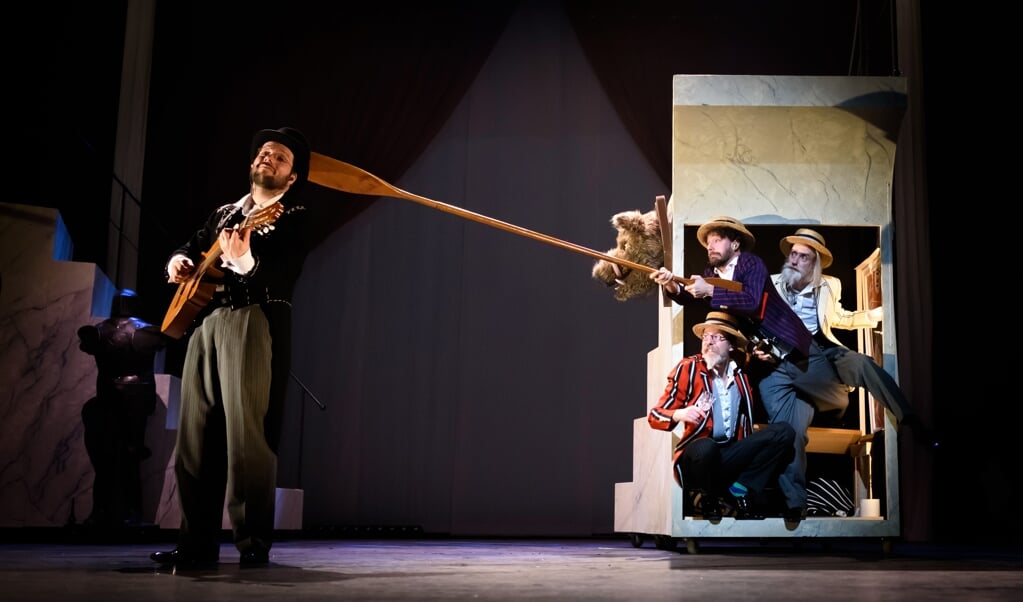 WINTERSWJK – Slapstick’s five exceptional composers pay homage to the almost forgotten art form slapstick. They do it efficiently. In their annual show, The Roaring Twenties, they prove that slapstick does not have to be predictable. The reviews are awesome. The five-star show will air on June 9 at Theater de Storm.

After the huge success of the previous show, described as the ‘Laughing High Variety Show’, Slapstick has toured not only in the Netherlands but also in the UK, France, Germany, Denmark, Belgium and New Zealand in recent years. Slapstick has won numerous (international) national awards such as the Johann Cartbridge (NL), Comedy Award Moires (D) and The Spirit of the French Award (UK).

Slapstick was founded in 1997 under the name Worldband: many boys who knew each other from the Conservatory with a sense of humor and musical adventure. This season they are celebrating their 25th anniversary. So the performance takes the form of a party in the style of the 1920s.

So: Wear party attire and hit the red carpet. The Roaring Twenties is coming to theater De Storm. From Thursday 9th June, from 8.15pm, tickets cost 25 euros each and can be purchased via www.theaterdestorm.nl or by calling 0543-519285 (Tuesday to Friday 10am to 1pm).