Social media in British football is silent in protest against racism. Will the Netherlands follow suit? 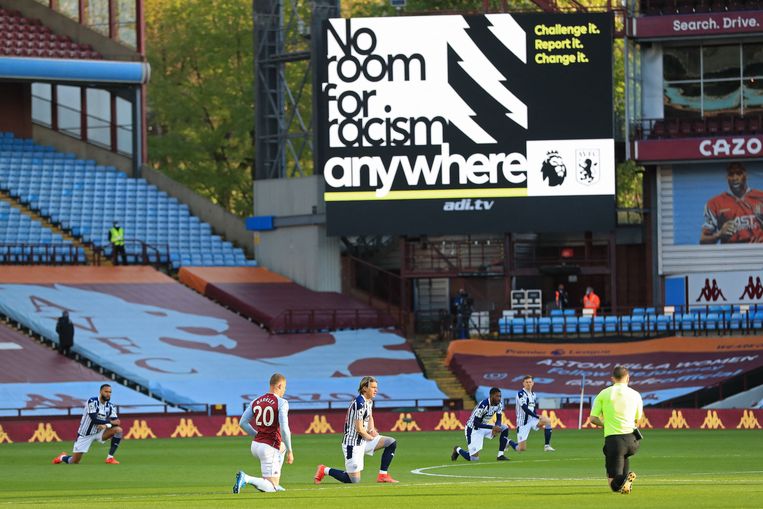 There are no results, good actions, goals, or encouragement for the players. In England, the Twitter, Facebook and Instagram accounts of all professional football clubs will remain silent this weekend. Consciously, because clubs are tired of racist treatment of players on social media time and time again. UEFA is joining the boycott and will not be sending any messages this weekend.

Humberto Tan, chair of the KNVB-Mijnals committee, would agree if the university clubs and organizations such as KNVB and Eredivisie CV also joined the boycott. The Mijnals Committee is named after former footballer Humphrey Menals, the first soccer player of Surinamese origin to arrive in the Dutch national team, and aims to combat racism and discrimination in football. Tan: “How can you not go along with a good initiative?”

According to KNVB, the boycott is not under discussion in the Netherlands. The union has put in place plans to counter racism online. First, the magnitude of the problem is investigated. The union will speak to Facebook next month. Tan wants more work. “There is a lot of talk about it, but there is no real urgency to make a strong statement and concrete actions are stumbling over and over again. We have set a point in the horizon to turn KNVB into a European Model Association in five years. This is not KNVB now. The Premier League is more dynamic and energetic.” .

The reason for the British boycott is the constant stream of racist messages that footballers in England receive on their social media channels. Reese James of Chelsea, Marcus Rashford and Paul Pogba of Manchester United, among others, said they were subjected to racist treatment online. Former professional player Thierry Henry completely stopped social media in March so that he would not have to undergo “psychological torture”.

The British unions decided unanimously that this was no longer possible. Thus social channels with a large following remain silent (Manchester United, for example, has 40 million followers on Instagram and 73 million on Facebook). The goal is to encourage social media companies to take action, such as pre-screening messages for discriminatory texts. Clubs also want that “fans” who have been removed from a social platform after misconduct cannot simply register with a different name.

Humberto Tan is not tweeting this weekend

The British initiative, which runs from Friday to Monday, has yet to be followed by clubs in other competitions. Only German Hoffenheim takes part. No professional clubs have joined in the Netherlands yet. Ajax, the club with the most internet access in the Netherlands, says it is busy with other things and has “left the British initiative in England”. The spokesperson does not wish to comment on whether cyber racism is commonplace in the club.

Tan himself (921,000 Twitter followers) will be sharing this weekend. Nothing was published for four days. “Not even advertising my shows. Seeing the same message for four days might stun people. Are you okay with Tan? But even if someone asks why, it really helped.”

Ex-goalkeeper Stanley Menzo: When I heard the sounds of the jungle in my head, I felt so alone

Former Ajax goalkeeper Stanley Menzo (57) was one of the first black goalkeepers to shoot jungle noises, insults and bananas at his head for years. He was often lonely. Talking about it now. “If you think you are different, you also consider yourself another person. I have to watch out for that.”

After eighteen months of investigation, the Public Prosecution Office has yet to file a criminal case against two suspects in an investigation into racist chants during the Dean Bush-Excelsior football match on November 17, 2019. And that is while Excelsior player Ahmed Mendes Moreira was yelling at the most disgusting thing. .