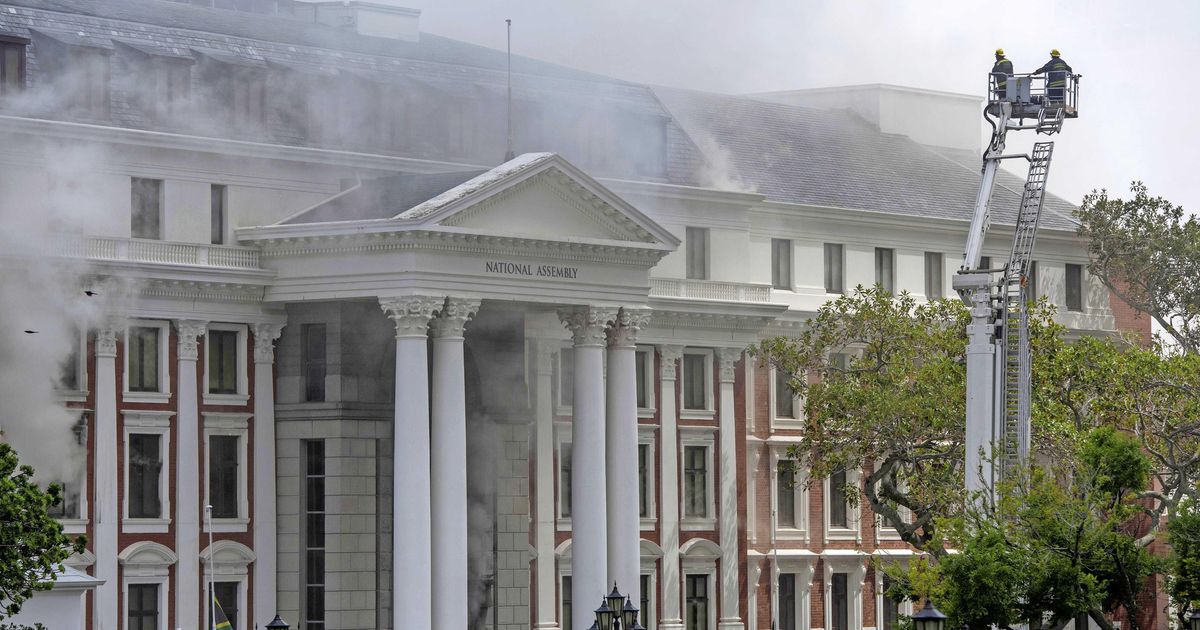 The South African Parliament building in Cape Town was hit by a very big fire on Sunday. According to the American news channel CNN, part of the roof collapsed and the hall in which the lower house was located was destroyed. According to a spokesperson, the part where Parliament is now completely burned down.

As far as is known, there were no casualties. South African MPs are currently in Christmas recess.

The fire broke out in the early hours of Sunday morning and dozens of firefighters arrived at the scene. Although the South African Infrastructure Minister reported earlier on Sunday that the situation was under control, the fire appeared to have spread further in the early afternoon.

The cause of the fire is not yet known. According to President Cyril Ramaphosa, someone has been arrested. This person is currently being questioned.

It is believed that the fire started in the original part of the Cape Town office building. The complex dates back to 1884 and was expanded twice later. Later, the fire also spread to one of the new districts, where Parliament now sits.

The photos show how the large flame is coming out of the building. Black smoke also spread in parts of the neighborhood where Parliament is located. A few offices and a gym in Parliament were also damaged.

Although the Parliament of South Africa is located in Cape Town, the country is governed by Pretoria, approximately 1,500 kilometers away.