South Korea Has a Tombstone Dedicated to Internet Explorer: ‘A Love-Hate Affair’ 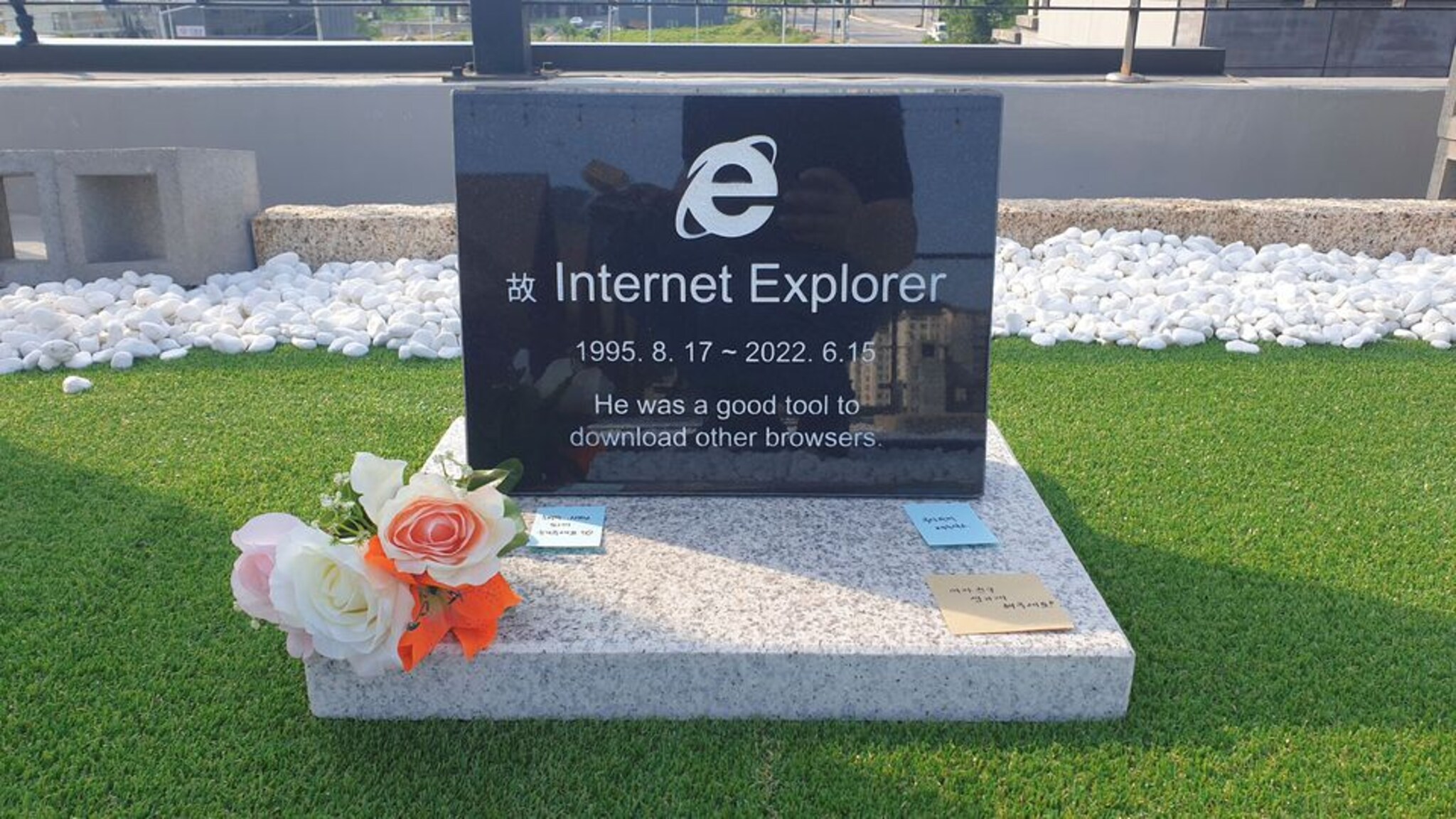 Young spent more than 300 euros on the tombstone, which bore, among other things, the browser’s logo. He says he wanted to pinpoint the moment Microsoft stopped using it because he’s had a “love-and-hate relationship” with the browser for more than a quarter of a century.

“It was a terrible thing,” he says of Explorer. “The fact that it nevertheless ended in a love-hate relationship is because the Explorer has dominated an entire era.”

As a software developer, Explorer took him more time than any other browser, he says. However, customers kept demanding that their websites and apps work online and look good in Explorer.

Since then, his photos of the tombstone have gone viral. Although Jung made the stone for fun, he is amazed at the amount of resonance he finds. “Another reason to thank Explorer,” he says. “At least I was able to joke around with the world once.”

Jung says he regrets that the explorer is no longer around. “But I won’t miss it.” The stone will remain at his brother’s café in Gyeongju, South Korea for the time being.