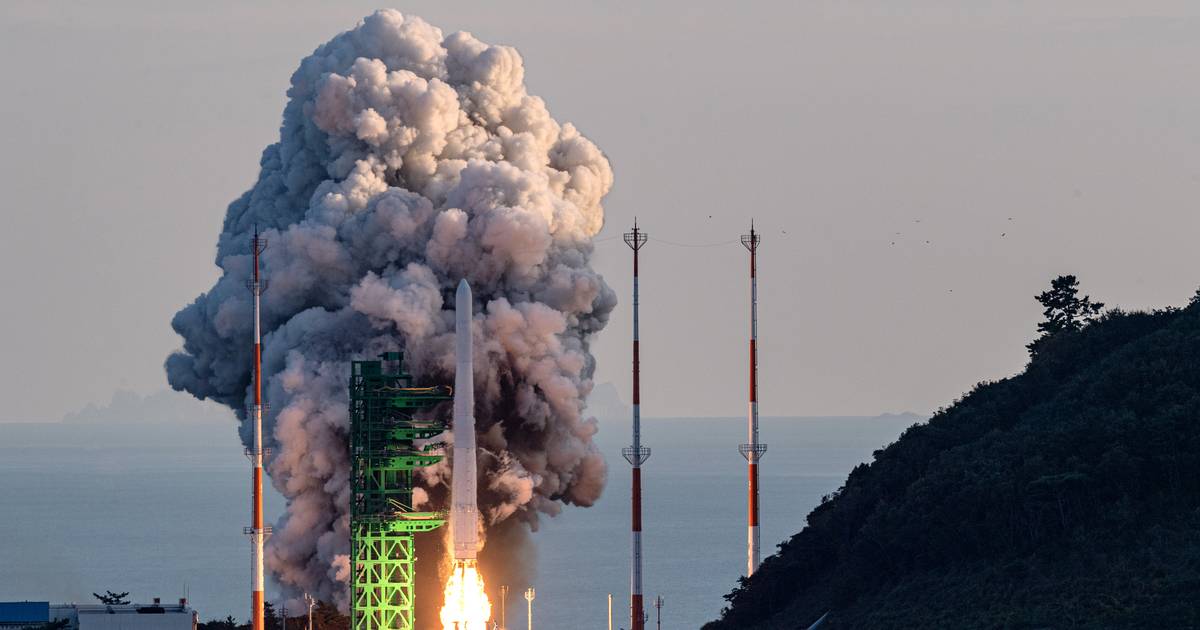 South Korea today failed to launch its test payload from a launcher into Earth orbit. This was announced by South Korean President Moon Jae-in. The launch pad is entirely developed and manufactured in South Korea.

Nuri, in KSLV-II or Korean Satellite Launch Vehicle II, is a three-stage liquid-fueled missile. The giant weighs more than 200 tons and is 47.2 meters long. The launch vehicle took twelve years to develop and cost 1.46 billion euros.

It departed on Thursday at 10:00 a.m. Belgian time from the Narrow spaceport near southern Gohong. The launcher reached the required altitude of 700 km as planned and separated the 1.5-ton dummy satellite.

But according to the South Korean Space Agency, the third stage stopped too early and there was not much speed to reach a stable orbit. Both the rocket stage and the fake satellite fell back to Earth, supposedly burning up in the atmosphere.

In 2009 and 2010, South Korea attempted to launch a launcher using Russian technology, but those attempts ended poorly. Finally, in 2013, it succeeded with Russian engines. South Korea now wants to be completely independent in space travel.