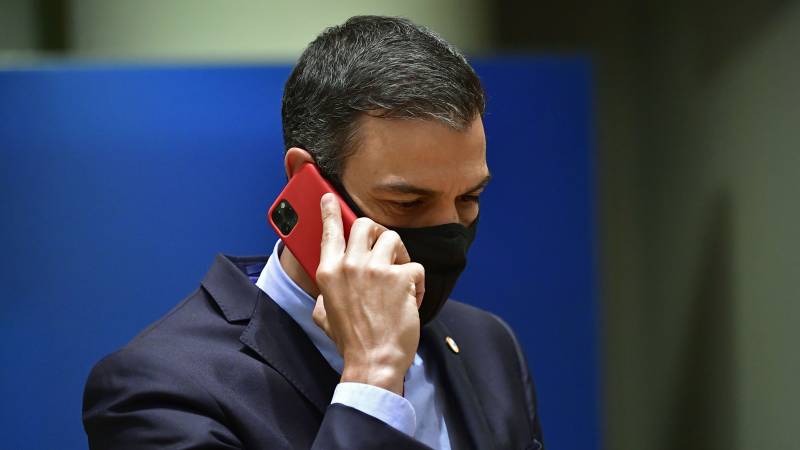 Spain’s parliament will question Prime Minister Sanchez about spyware on his phone and that of two other cabinet members. The scandal may lead to the resignation of the head of the Spanish intelligence service CNI.

All parties – with the exception of Sanchez’s Social Democratic Party (PSOE) – supported a motion today calling on the prime minister to explain to the House of Representatives. It is not yet clear when parliament will hear Sanchez. Another petition, in which the parties called for an extensive parliamentary investigation into the Pegasus scandal, failed to win a majority.

However, on Thursday, a separate parliamentary committee will hear from the head of Spain’s intelligence service, Paz Esteban. The parties especially want to know how hackers could have hacked Prime Minister Sanchez’s phone twice in May last year and stole nearly 3 gigabytes of data. The Secretary of Defense’s phone also gained access, as the data was also stolen.

In addition, parliamentarians want to know exactly when CNI discovered that the phones had been hacked. As of Thursday, the government does not want to make a decision on the possible departure of the intelligence director.

The news of the data breach came yesterday The government said after the CNI report on the hack came at the end of the week. But the Catalan parties in the room suspect the reading of the data and find the theft of data “extremely coincidental” and call the case a “smoke curtain”.