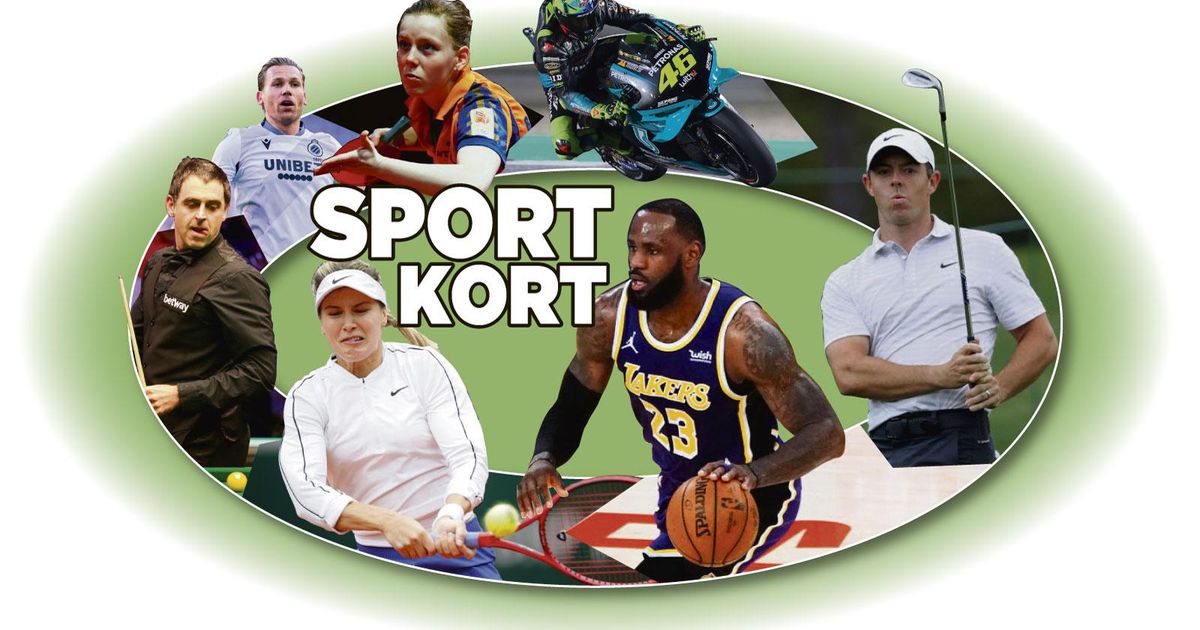 Jones is missing from Liverpool due to a concussion

08.11 amCurtis Jones will miss Liverpool next weekend in the first game of the season against Norwich. The midfielder apparently suffered a concussion in an exhibition match with Osasuna last Monday. He was replaced in the first half.

“He is feeling good again,” said coach Jurgen Klopp. But protocols provide for a few days of mandatory rest for this injury. Of course we stick to that. I expect Curtis to be able to train again from Sunday.”

Andy Robertson is also missing from Liverpool. The international defender and Scotland international suffered an ankle injury during preparations. He is expected to return in a few weeks.

08:04 AM: Cyclocross racer Katie Compton, a four-time vice world champion, has ended her career. The 42-year-old American did so after a positive doping test, which led to a four-year suspension. “I’m innocent,” Compton said, “but I can’t prove it.”

Compton tested positive for anabolic steroids in September. “It wasn’t until early February that I was told that a reanalysis of the same sample found an anabolic steroid,” Compton said. I hired a lawyer and tried to figure out how the substance got into my body, but because there were five months between sample collection and the report, that proved impossible. So I decided to stop this costly and difficult battle and accept the punishment.”

Compton is the most successful cyclocross racer in her country. From 2004 to 2018, she won the US Championship 15 times in a row. She was on the podium five times at the World Championships. She has won more than 130 cycling races.

Before starting as a cyclo-cross rider, Compton won two gold, silver, and bronze medals at the 2004 Paralympic Games in Athens. She did so in tandem, as blind pilot Carissa Witsel.

07.16 amFour out of ten professional footballers in the Netherlands say that racism and other forms of discrimination occur regularly in professional football. 14% have tried it themselves. For players with an immigrant background, this share is 25 percent higher. The Mulier Institute reported this after a survey of 118 or professionals from the Eredivisie and Kitchen Champion division.

For the study, 1044 specialists were contacted through their leader. Although not everyone has responded, Institut Molier is talking about a representative study, also because many are talking about taboos and have indicated that they find it difficult to talk about.

A quarter of players report that jokes or negative comments are sometimes made within their team about skin color, origin, or religion. Opinions differ as to whether these jokes are undesirable.

One-fifth of players indicate that it is a taboo in professional football to discuss prejudices and stereotypes based on skin color and origin. This view is more common among players with an immigrant background (31 percent). These players in particular also find it important that more coaches, managers and administrators of color enter professional football (65 percent, compared to 14 percent of players without an immigrant background).

In terms of tackling racism, the survey showed that nearly all professional footballers believe that action should be taken against negative statements by fans or players about skin colour, ethnicity or religion. Players evaluate KNVB’s racist approach with a narrow pass. Their club approach, fellow players and themselves are more than satisfied.

Negative reactions from supporters, public opinion, and societal norms and traditions are the biggest obstacles to addressing racism. Few players think that clubs are a handicap. In addition to sanctions, positive attention from the football press, KNVB and clubs is seen as the most important measure contributing to the fight against racism in professional football.

KNVB did not participate in the survey, but is aware of the result. The National Football Association answers: “Anyone who discriminates and excludes others does not belong to football.” “Football is a team sport. Win is celebrated together and loss is celebrated together. The match is not possible without opponents, referees, coaches and volunteers. Professional football is not possible without spectators and fans.”

In the Netherlands, about 8 million people participate in football in one way or another. “Everyone plays a role and is welcome,” KNVB says. “Football connects. We should not only be proud of that, we should guard it as well. In order to combat discrimination, we have introduced twenty new or aggravating measures in the past year and a half. For example, the duration of stadium bans has been doubled to 10 years and players can be banned 5-10 matches. In addition to punishment, we are also working hard on awareness, collaboration and identification.”

We also hold personal conversations with professional footballers to explain to them what we do in the field and to ask them about their personal experiences and ideas. “The boundaries are clear: discrimination and exclusion are not allowed in any way. Not by us and as far as we are not concerned by anyone. So let’s collectively bring this down from 14 percent to 0 percent as quickly as we can. Because only keeping zero is acceptable.”