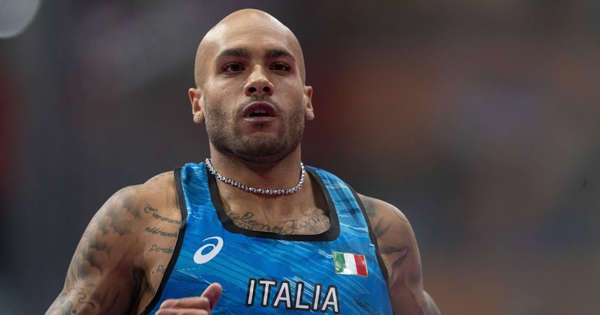 Belgrade (AB) – Italy’s Lamond Marcel Jacobs won gold in the 60-meter dash at the World Indoor Championships in Belgrade. In the 100-meter dash, he defeated defending Olympic champion Christian Coleman of the United States by a narrow margin. The bronze went to another American, Marvin Brassi.

Jacobs came in at 6.41 seconds and was one thousandth of a second faster than Coleman. The American racer had a great start, but knocked off the line.

Coleman missed the 100-meter dash at the Tokyo Olympics last summer. The current world champion on this route was initially given a two-year suspension for failing three doping restrictions within a year. The international sports tribunal showed CAS some leniency and reduced the suspension to eighteen months, but Coleman did not come from Tokyo.

Ryan Cruiser surprisingly failed at shot put. The American Olympic champion Darlene Romani of Brazil, who had not lost in two seasons, had to give up the world title. At 22.53 meters, he hit 9 centimeters more than the cruiser.

Walt lost to Olympic champion Katie Nagyotte of the United States. His teammate Sandy Morris extended his world indoor title by 4.80 meters. Nakotte came in at 4.75m, good for silver.

See also  For the sake of American democracy, Biden must assert his victory