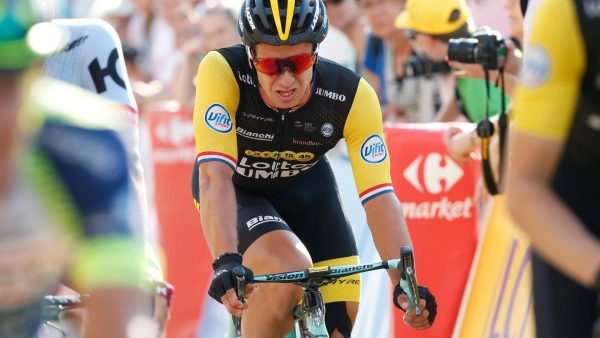 “Team Jumbo-Wisma may be the best team at this time,” the runner said in a statement. “The only reason I left was the sports perspective. I may have missed the Dutch and Dutch mentality around me, but it was too good to miss this opportunity.

Groenewegen has been banned for nine months for causing a serious injury to fellow countryman Fabio Jakopson on a tour of Poland last year. The Jumbo-Wisma sprinter returned to Pelton on a tour of Italy in May. Groenewegen recorded three-level victories in the Wallonia (two) and Denmark rounds this year.

Amsterdam rides for the Dutch team from the World Tour for six years. Groenewegen won the final stage of the tour at the Champs-Élysées in Paris in 2017, a year after he recorded two stage victories at the Tour de France. Groenewegen also won the tour stage in 2019. Last year and this year he was dropped from the tour team. Jumbo-Wisma focused mainly on general classification and winning the yellow jersey. Slovenian leader Primos Rojlik finished second behind his teammate Tadej Bokaro last year, this year Jumbo-Wisma’s Danish Jonas Wingard.

The team’s categorical ambitions ensured that Kronevegan had fewer chances and opportunities as a sprinter. That now leads to cracking. “We don’t want to stop Dylan’s game development that helped put the team on the map with a sprint victory at the Champs-Elysees,” said team manager Richard Plug. “His desire to ride in the biggest races is very understandable. We have always had a good relationship. That’s why we decided to cooperate with his withdrawal wish. Unfortunately, Dylan is a great rider and a great man.