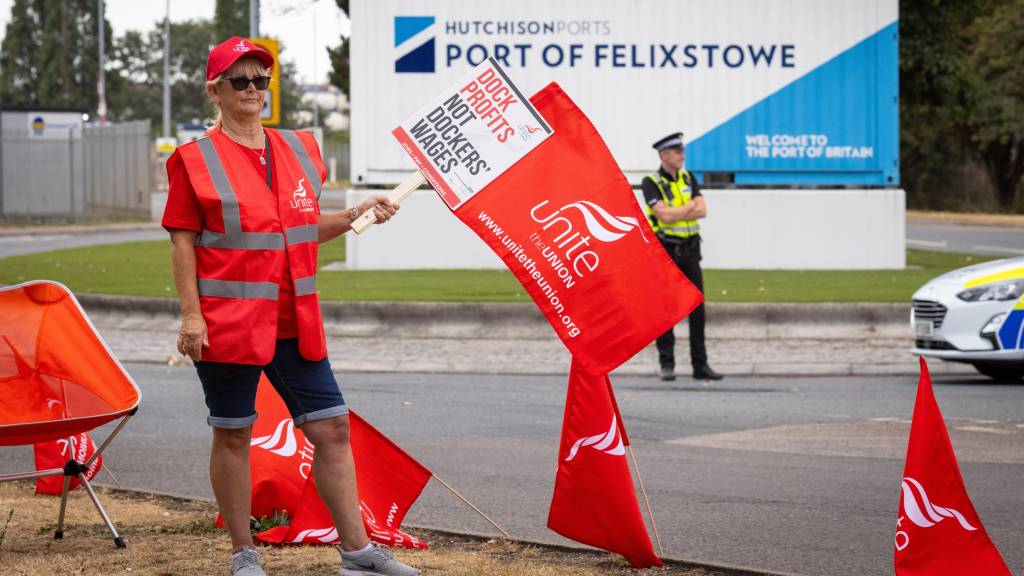 It is feared that the strike will have dire consequences for supplies to shops and businesses. Felixstow port handles about half of the four million containers entering the UK each year.

According to Union Unite, a “highly lucrative” dock would prefer a bonus to shareholders rather than a decent salary to employees, and there is more than enough room for a decent salary increase.

The port regrets the impact of the strike on supplies in the country and says it is trying to limit the damage as much as possible. According to the company, it has offered dockers a wage increase of more than 8 percent, on average, during the year. Unions don’t think that’s enough, because it doesn’t fully offset inflation.

Inflation in the United Kingdom reached 10.1 percent in July, the highest level in 40 years. Because of not keeping up with wages, the British are experiencing financial problems. High energy bills also play a role.

The strike in the port is not the only one in the country. Train and subway workers have been off work in recent days and work has been announced for the rest of the month at the post office, lawyers, BT telecoms and garbage services.