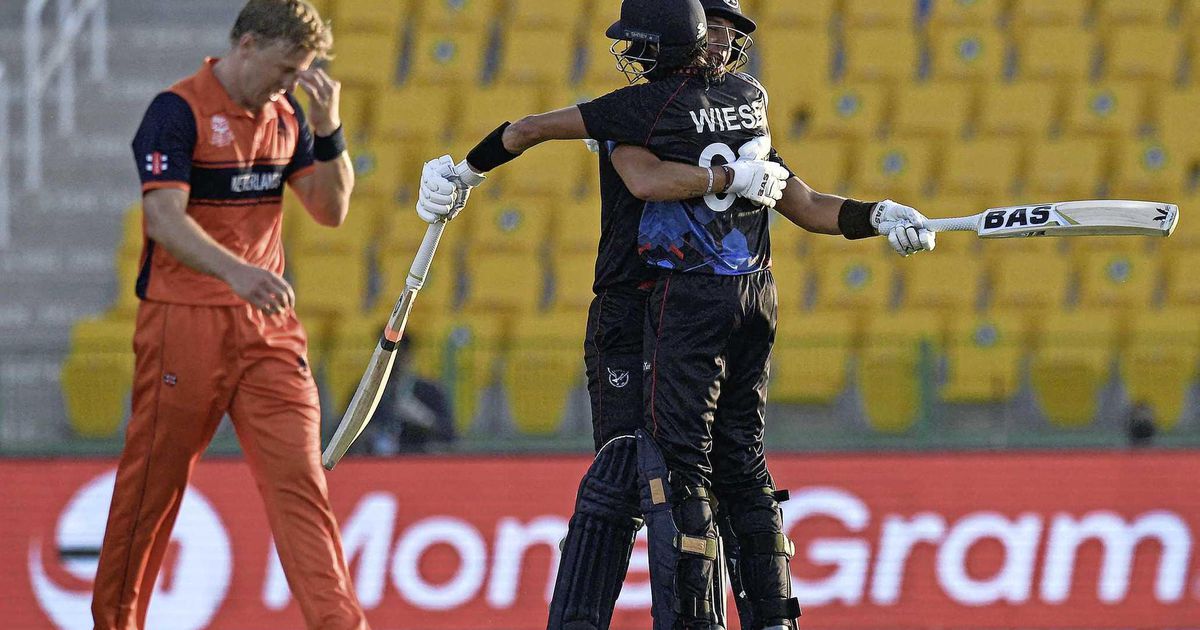 Unlike Monday’s game against the Irish, Ryan Campbell’s side were nothing but a chance against World Cup debutant Namibia in the United Arab Emirates on Wednesday. For a long time, the orange seemed to take the win, but with six balls left, the second loss was a reality.

Max O’Dowd kept the door open for Dutch cricketers to the Super 12 stage with a superb 70 (sold out) at the start. Unlike the match against Ireland, this time the opening bat was propped up on the ‘mat’. Besides O’Dowd, Colin Ackerman (35 rounds) and Scott Edwards (21 rounds) also let their rackets speak. After 20 increments, the orange finished with a total of 164 for 4. It should have been possible.

The orange shooters kept the African batsmen in check until the twentieth century. At that moment, three Namibians were already out, out of a total of 52. David Wise and Gerhard Erasmus turned the game on its head with a partnership of 93 shots.

Max O’Dowd was once again the top scorer on the bat for Dutch cricketers with 70 hits.

Wiese (66 not in 40 balls) was the biggest tormentor of the Dutch attack. With five sixes and four “fours” he smashed the bowling orange. Erasmus, 32, still flies behind the wicket on Tim van der Gogten’s bowling, but the damage to the Netherlands can no longer be repaired. JJ Smit (14 not out) managed to finish the job with Wiese in the last ball of the nineteenth: 166 for 4.

And so it seems that the orange is leaving the World Cup early and through the back door. Where the team stopped off in London in 2009 by beating England in the World Cup, the team may have been waiting for an unsettling farewell on Friday.